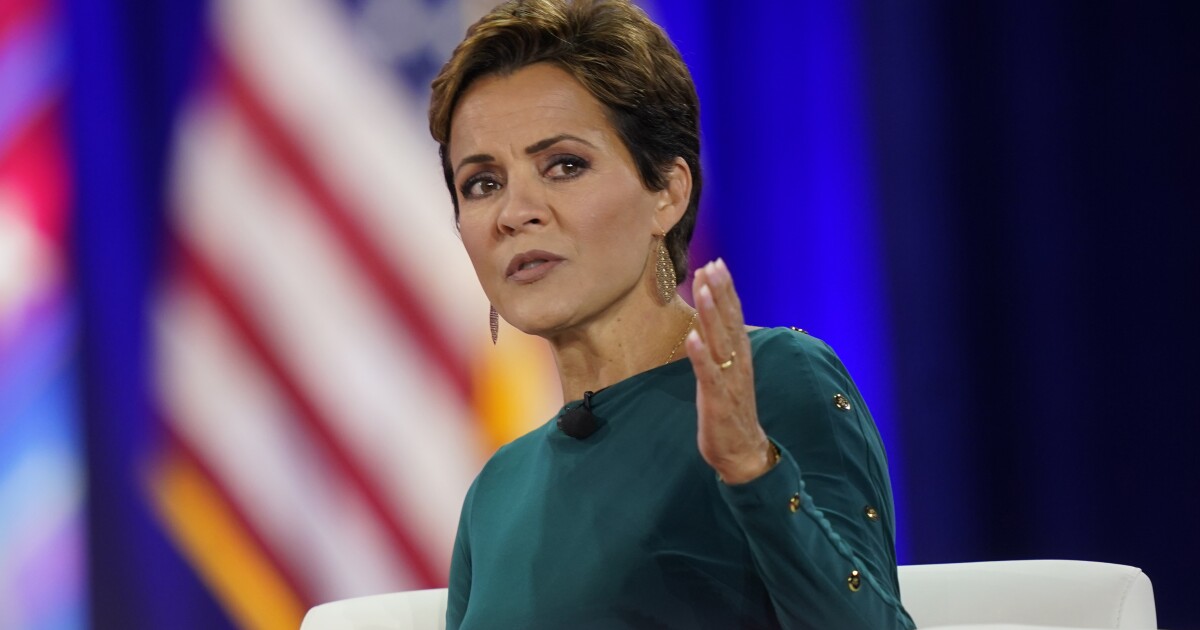 Arizona gubernatorial candidate Kari Lake said Thursday she wants to abolish state income tax, but did not provide details on how she would do so.

“I want to get rid of income tax eventually if we can do that,” Lake told KTAR News. The Mike Broomhead Show. “I didn’t make that promise because I don’t want to make a promise that I can’t keep.”

The former TV news anchor added that she wanted to “get it as close to zero as possible so we can compete with some of these other states.”

There are nine states that have no income tax. These are Alaska, Florida, Nevada, New Hampshire, South Dakota, Tennessee, Texas, Washington and Wyoming.

Lake’s Democratic opponent Katie Hobbs told business leaders at an Arizona Chamber of Commerce governors forum this week that if elected, she will not raise taxes. She also noted that it takes a two-thirds majority vote to make such a decision in Arizona and that any significant tax changes would likely fail in the tightly divided state legislature. Hobbs also touted Arizona’s business-friendly climate at the event, which includes its tax structure.

Lake, meanwhile, has promised to cut taxes in each of her four years in office, and her campaign has announced that it will soon release a plan detailing how Lake will achieve this as governor.

Lake and Hobbs have been locked in a fierce battle to see which candidate will lead Arizona.

Lake, an explosive, Trump-endorsed election denier, surprised many political analysts when she won her primary contest against Karrin Taylor Robson, a candidate who was endorsed by former Vice President Mike Pence and the Governor of Arizona Doug Ducey. The GOP gubernatorial primary had turned into a full-fledged proxy war. His results were analyzed and helped shape the Republican Party’s strategy in some contests ahead of the November general election game.

In addition to addressing allegations of voter fraud, Lake has also made enemies in the transgender community and refused to back down on thorny policy areas such as abortion and immigration.

Hobbs, Arizona’s secretary of state, underscored his support for abortion rights over Lake’s inflammatory rhetoric on the subject.

Hobbs, however, recently made headlines for refusing to debate Lake.

“For weeks, Arizona was ridiculed as clips of the GOP primary debate circulated on social media,” Hobbs’ team said in a statement. “As a candidate and as governor, Sec. Hobbs will never participate in anything that will make Arizona the butt of late-night TV jokes and national ridicule. She has too much respect for the people of Arizona. ‘Arizona.”

CLICK HERE TO LEARN MORE ABOUT THE WASHINGTON EXAMINER

Phil Boas, editorial page manager of the Arizona Republiccalled Hobbs a “coward” for not debating Lake and said a cheap 52-word way to rephrase his position was: “I’m a coward, it’s the fault of Republicans, and all way, my fear is serving the people of Arizona.”

Hobbs and Lake are neck and neck, with Hobbs polling at 44% and Lake at 43%, according to the latest FOX10-InsiderAdvantage poll. About 10% of voters polled were either undecided or undecided.