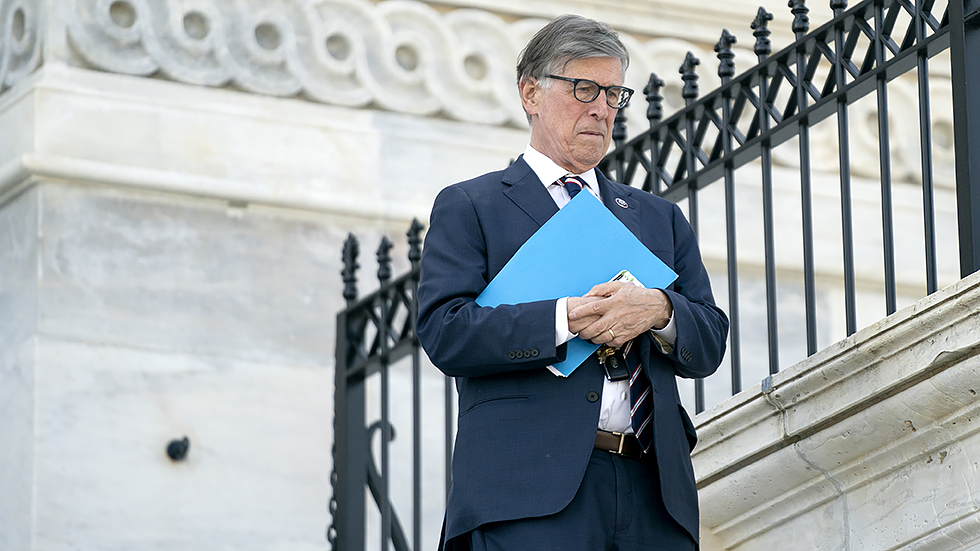 Beyer will propose a 1000% tax on assault weapons

Rep. Don Beyer (D-Va.) is drafting a bill to impose a hefty tax on assault weapons in the wake of recent mass shootings across the United States.

Beyer’s office told The Hill the proposal was a workaround to avoid GOP opposition to legislation banning high-capacity weapons outright.

“Congressman Beyer has seen action to stop gun violence hampered by Senate Republicans using the filibuster after horrific mass shootings for years, this legislation represents an effort to put a new option on the table for those who believe gun safety reforms are urgently needed to save lives,” Beyer’s deputy chief of staff Aaron Fritschner said in an email.

Beyer’s proposal would tax AR-15 model guns and other firearms considered “assault” weapons under conditions set out in a separate bill from Rep. David Cicilline (DR.I.), said Breyer’s office at The Hill.

This law defines these firearms as “military-style assault weapons and high-capacity ammunition magazines,” according to a Press release of Cicillin when it was introduced in March last year.

Instead of banning assault weapons altogether, Beyer’s proposal would impose a 1,000% gun tax on manufacturers, producers and importers. The bill would exempt government entities such as federal, state and local law enforcement, as well as the military.

Gun control legislation would need to hit a 60-vote threshold to overcome a filibuster in the Senate, making passage highly unlikely even if all 50 Democrats are united.

However, a tax would be more likely to be allowed to go through budget reconciliation, which would only require 50 votes to pass.

Beyer’s proposal comes after a series of high-profile mass shootings in Buffalo, NY, Uvalde, Texas and Tulsa, Okla. put gun control at the top of the Democratic agenda. However, Democratic leaders have also been cautious about forcing members to vote hard ahead of the crucial midterm elections.

A number of gun reforms being discussed are widely popular with the public. A recent Morning Consult and Politico survey showing that 88% of respondents supported a background check requirement on all gun sales.

Zach Schonfeld contributed to this report.