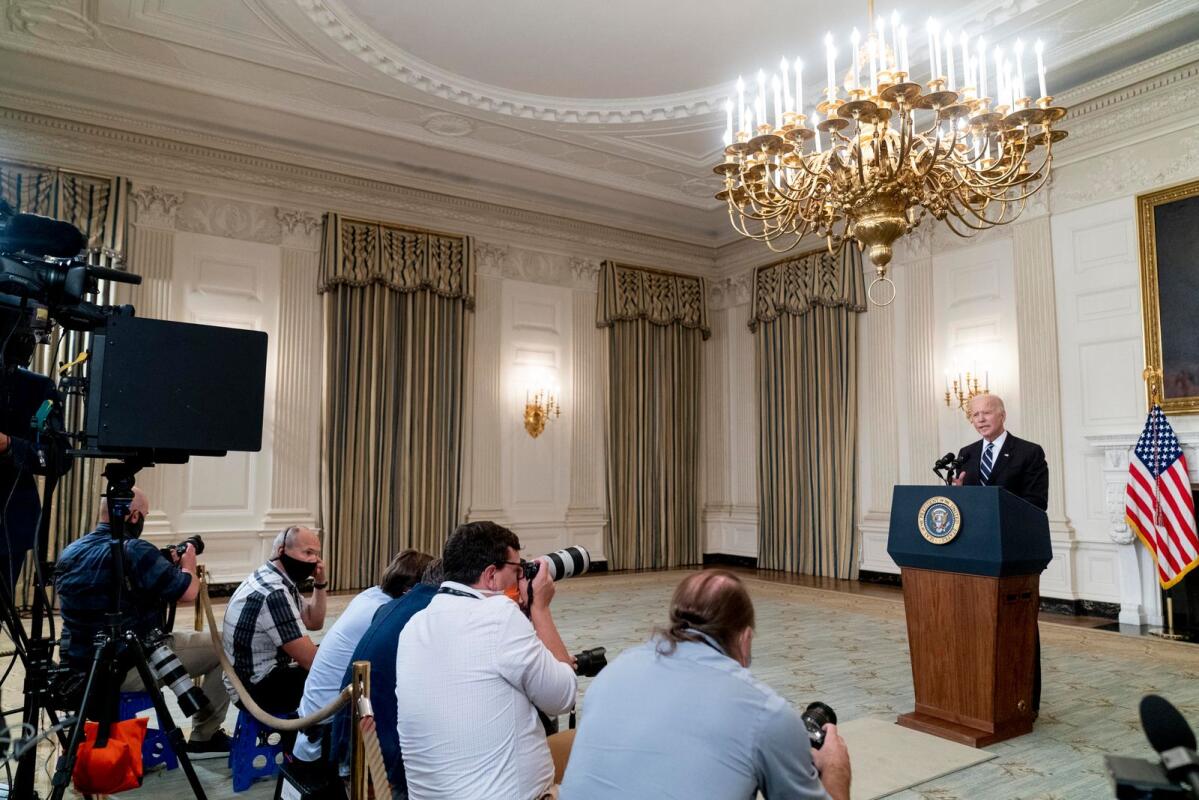 JEFFERSON CITY, Missouri (AP) – A federal judge on Monday blocked President Joe Biden’s administration from applying a coronavirus vaccine mandate to thousands of health care workers in 10 states, including Iowa, which, together, had launched the first legal challenge against the requirement.

The court order said the federal Centers for Medicare & Medicaid had no clear authority from Congress to promulgate the vaccine mandate for providers participating in the two government health care programs for the elderly, disabled and poor.

â€œI believe the vaccine is the best defense against COVID-19, but I also strongly believe in the right of Iowians to make health care decisions based on what is best for themselves and their families, and I remain committed to protecting those freedoms, â€Iowa Republican Governor Kim Reynolds said in a statement. “President Biden should do the same.”

Iowa has five state-run health facilities that receive Medicare and Medicaid funds: the Iowa Veterans Home, the Cherokee and Independence Mental Health Institutes, and the Glenwood and Woodward Resource Centers. As of August, according to the Iowa Capital Dispatch, the state’s Veterans Home had experienced five outbreaks during the pandemic – more than any other long-term care facility in Iowa.

The federal rule requires COVID-19 vaccinations for more than 17 million workers nationwide in approximately 76,000 health facilities and home health care providers who receive funding from government health programs. Workers are to receive their first dose by December 6 and their second injection by January 4.

Iowa’s healthcare systems include those that on their own, and not in response to a federal requirement, have implemented staff vaccination mandates that have come into effect in recent weeks.

UnityPoint Health, the Des Moines-based system that is one of the largest in the region, for example, reported that 97% of its staff had either received the injections or obtained approval for an exemption. At his Cedar Rapids hospital, UnityPoint Health-St. Luke’s, about 99.5% of hospital staff were fully vaccinated or approved for exemption on Nov. 9, officials said.

Cedar Rapids’ Mercy Medical Center said earlier this month that about 98.1% of its employees had been fully vaccinated against the coronavirus or had received a medical or religious exemption.

The federal court order against the health care vaccine mandate comes after the Biden administration suffered a similar setback for broader policy. A federal court previously suspended a separate rule requiring companies with more than 100 employees to ensure their workers are vaccinated or else wear masks and get tested for the coronavirus weekly.

Biden’s Democratic administration argues that federal rules replace state policies banning vaccination warrants and are key to slowing the pandemic, which has killed more than 775,000 people in the United States. About three-fifths of the American population are fully immunized.

But the judge in the health care provider case wrote that federal officials had likely exceeded their legal powers.

â€œCMS seeks to move beyond an area of â€‹â€‹traditional state authority by imposing an unprecedented demand to dictate federally the private medical decisions of millions of Americans. Such action challenges traditional notions of federalism, â€Schelp wrote in his ordinance.

Even under an extremely broad interpretation of federal powers, Congress did not clearly authorize CMS to enact “this politically and economically broad mandate, modifying federalism and pushing boundaries,” wrote Schelp, who was appointed to the bench by former President Donald Trump. .

While a vaccine requirement may make sense for long-term care facilities, Schelp wrote, CMS lacks evidence to impose it on other health care providers and has ignored evidence that the mandate could jeopardize understaffed establishments.

CMS officials made no immediate comment on the preliminary injunction.

Michaela Ramm of The Gazette contributed to this report.