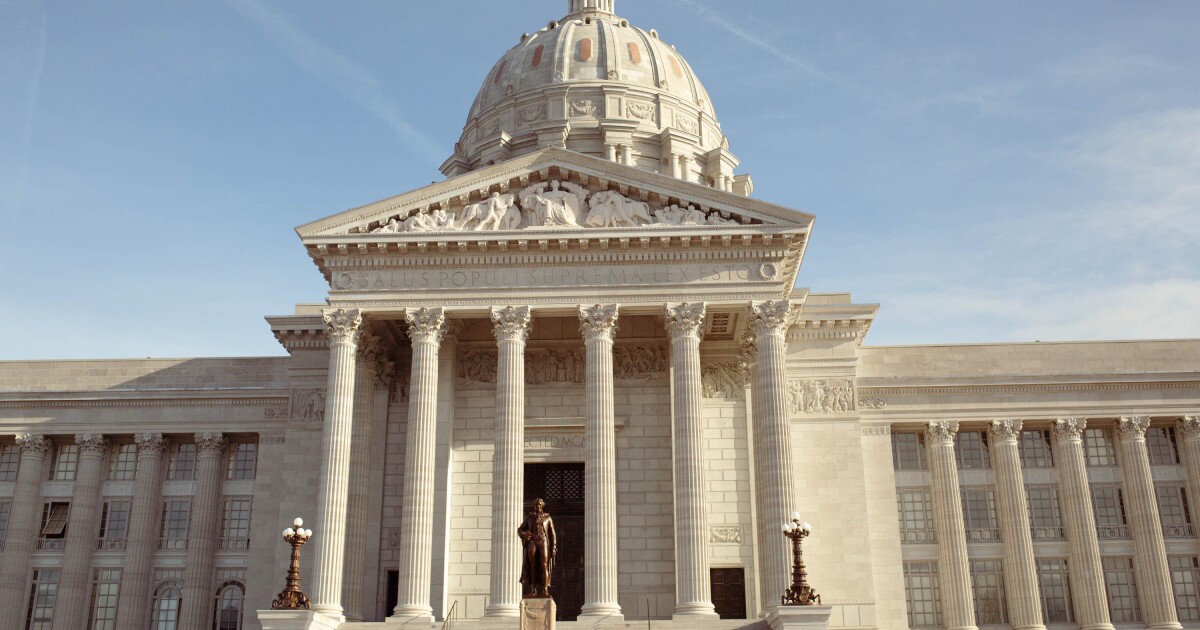 The Missouri Legislature on Friday approved a $49 billion budget — the largest in state history — that uses a treasury full of cash to fund increases in funds for teachers, tax breaks income, rural road works and a variety of improvement projects across the state.

the The House and Senate voted to advance a total of 17 budget bills through Gov. Mike Parson’s office, with one bill serving as the second supplementary budget for the fiscal year that ends in about two months. The deadline to complete the budget was 6 p.m. Friday. Parson has until July 1 to sign the budget bills or veto them. The budget passed last year was $35 billion.

“We had a great opportunity to do a lot of good with the budget, we have resources this year that allow us to do transformative things around the state,” said Senate Appropriations Chairman Dan Hegeman, R. -Cosby.

Money to increase both the salaries of new and existing teachers, Medicaid expansion, school transportation, rural roads and the state pension system were all included in the final draft after a committee of the conference spent hours on Wednesday finding compromises.

Increased investment on many fronts driven by record surplus from rising incomes as well as more than $2.8 billion in federal coronavirus relief funding from the American Rescue Plan Act.

“This is hands down the best budget this state has ever seen, but certainly in my time,” said Rep. Peter Merideth, D-St. Louis, said.

Not everyone was happy with the increase in spending.

“Remember that while we’re going through and these dollars are used for living expenses, they won’t be there next year, and we’ll have to make tough decisions next year and the year after that,” he said. said Senator Denny. Hoskins, R-Warrensburg, said.

One of the items originally proposed by Parson, cut by the House but ultimately restored, was over $21 million to raise the minimum annual salary for new public school teachers to $38,000. Currently the minimum is $25,000, which is one of the lowest starting salaries in the country.

The plan is set up to be a 70/30 split of state and local funds to raise those salaries.

The state has also allocated more than $37 million to Career Ladder, which is an elective program that offers teachers with at least five years of experience in the state the opportunity to earn more money if they accept a additional work as professional development opportunities.

In addition, the bill invests more than $214 million in school transportation. The state is fully funding its share of the transportation formula for the first time in years.

On the workforce development side, the state is pouring money into several programs, including $5 million for a high school geospatial training program for St. Louis that is associated with the National Agency. of the city’s geospatial intelligence.

Amid Friday’s budget debate, the Missouri House voted 104 to 30 to pass a bill giving certain Missouri taxpayers a one-time credit. The legislation will now go to Parson.

The bill uses $500 million of general state revenue to reimburse residents for what they paid in income taxes, up to a limit of $500 for those who file returns themselves and $1,000 for couples filing jointly.

The credits would only go to Missourians who paid income taxes for the past tax year. Also, since the funding allocated to credits is a finite amount, there is no guarantee that a taxpayer would receive the full amount paid.

House Budget Chairman Cody Smith, R-Carthage, said he would have preferred his version of the bill, which allocated $1 billion in public funding to appropriations, but said he would not “let not the perfect being the enemy of the good”.

“It’s giving money back to taxpayers when we’re in a situation where the state government has too much of it,” Smith said.

The credit contains a salary cap, which means that if a single person earns more than $150,000 per year or a couple more than $300,000, they would not qualify.

That cap was introduced by Senate Minority Leader John Rizzo, D-Independence, who also spoke in favor of the tax credit on Friday.

“If we can give them a little extra money to make ends meet or help them buy groceries or whatever, I think that’s a good thing. [way to] spend the money,” Rizzo said.

House Democrats did not share the same enthusiasm for the credit, with many saying the relief should go to Missourians who need it most, as opposed to people earning up to $150,000 a year.

Rep. Barbara Phifer, D-Kirkwood, said it’s a missed opportunity to give back to people in need and just because someone doesn’t pay income tax doesn’t mean they does not contribute to the state. by other means, such as paying sales taxes.

“What we’re doing is really discriminating against young families here in Missouri today. And I feel really sad about that. We could have done this differently,” Phifer said.

In transportation, the legislature allocated enough money to restore Amtrak service to two trains a day between St. Louis and Kansas City instead of the current one.

Additionally, lawmakers added $7 million for public transportation systems across the state, bringing that total to more than $8.7 million.

They also approved $100 million for the maintenance and repair of rural roads in Missouri.

“It’s great to have this in there to meet the needs of rural roads that continue to deteriorate, and hopefully we can move forward and pay a little more attention to low-volume roads. “, Hegeman said. mentioned.

This year’s budget also fully funds Medicaid, including its expansion.

While an attempt to give the legislature the power to appropriate funds annually for population expansion, including the option of not funding it at all, passed the House, the funding is in the budget.

Part of the bills funding the Department of Health and Senior Services and the Department of Human Services that have come under criticism was language prohibiting state funding from going to facilities other than a hospital that performs abortions or a branch of such establishments.

Sen. Jill Schupp, D-Creve Coeur, said the language is designed to fund Planned Parenthood and called the attempt to legislate through the budget process unacceptable.

“What we’re going to do is put 45,000 Missourians at risk of not getting the screenings they need when they need them because they’re going to be busy trying to find a place that can accommodate them and provide them. these services,” Schupp said.

In addition to the bills funding the operating budget, the Legislature had billions of federal dollars to allocate to projects and programs throughout the state.

The bill contains more than $2.8 billion in federal funds, most of it from the American Rescue Plan Act. This includes statewide projects such as broadband development as well as college improvement projects.

The projects include more than $104 million for the construction of a new crime lab at the Department of Public Safety, as well as more than $1 million at the department for sexual assault kit testing.

Counties and cities also receive federal dollars, with funding for more than 10 projects in the St. Louis area alone, including $15 million for the removal of vacant city-owned and condemned properties, as well as 40 million dollars to the University of Missouri-St. Louis for its Campus of the Future project, which includes the construction of buildings.

The bill was criticized on Friday by some members of the House, who said they had not had the opportunity to review the bill and negotiate. The Senate passed it the night before, and the House did not pass a conference motion.

The state has until the end of 2024 to allocate funding from the American Rescue Plan Act. Some members of the House wanted to use more time.

“This is an opportunity for us to step in and say, ‘No, call us back for a special session.’ Let’s do it the right way. Let’s make sure everyone’s voice is heard,” said Rep. Rasheen Aldridge, D-St.

“It’s the product of a long series of compromises, and I’m going to stand by our budget chair. I believe we got a very good deal for the House, and I think we should vote yes” said Rep. Phil Christofanelli, R-St. Peters.