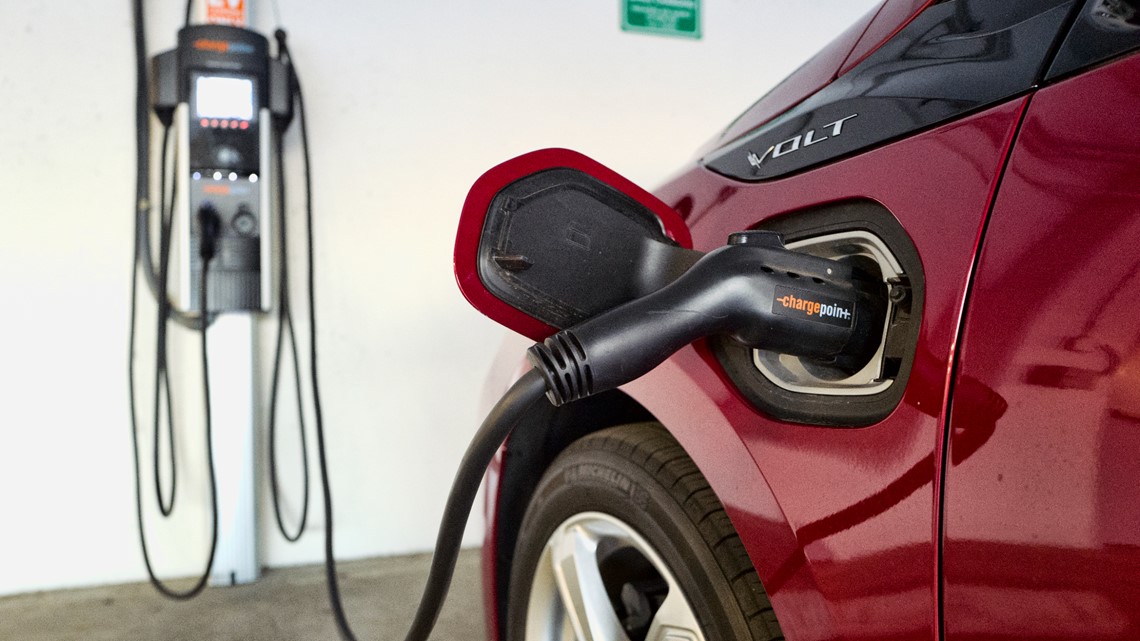 Proposition 30 would impose a personal income tax increase of 1.75% on the highest earning Californians per year to fund a range of climate programs.

CALIFORNIA, USA – Proposition 30 is designed to help pay for California’s transition away from gas-powered cars and to reduce the danger of wildfires.

Passing it would result in a new tax on income over $2 million. The tax would expire in 20 years or sooner if the state met its goal in trying to reduce greenhouse gas emissions.

Officials estimate the tax could bring in between $3.5 billion and $5 billion.

Proposition 30 Impose a 1.75% personal income tax increase on the highest-earning Californians — for the portion of their income above $2 million — a year to fund a range of climate programs. The goal is to clean up the state’s polluted air and help achieve ambitious greenhouse gas reduction goals.

The proposal creates a new revenue stream to subsidize zero-emission vehicles and fund wildfire response and prevention — between $3.5 billion and $5 billion a year, increasing over time, according to state analysts.

Most of the money – around 80% – would go towards rebates for people who buy zero-emission cars and building more charging stations. Half of this funding will go to low- and middle-income residents, who are disproportionately affected by poor air quality and heavy pollution. The state already spends millions each year on zero-emission vehicle programs and committed an additional $10 billion over the next five years to these programs in this year’s budget.

A quarter of the tax money would provide funds to hire and train firefighters, who are battling increasingly severe wildfires. On average, the state spends about $2 billion to $4 billion a year to put out wildfires.

The tax would take effect in January 2023 and end in January 2043, or possibly sooner, if the state is able to reduce its emissions to at least 80% below 1990 levels for three consecutive calendar years.

Why is it on the ballot?

As part of its strategy to combat climate change, California made bold promises reduce emissions by 80% below 1990 levels by 2050 and achieve carbon neutrality by 2045. But transportation remains the state’s largest source of global warming emissions, accounting for nearly 50% of California’s greenhouse gases.

The state will not be able to achieve its goals if it cannot move away from fossil fuels. Affordable and efficient electric vehicles are essential to California’s efforts to fight climate change and clean up its polluted air. By 2035, the state plans to ban all new gasoline car sales. The state will also require Lyft and Uber drivers, by 2030, to drive 90% of their miles in electric vehicles. But for many low- and middle-income residents, buying an electric car is still out of reach. There are still many barriers that make it difficult to get an electric vehicle, including low vehicle supply and high costs, lack of charging stations, and growing demand.

At the same time, the state is increasingly facing more deadly and catastrophic wildfires, which contribute to air pollution, poor air quality and deteriorating health of millions of inhabitants.

For: Proponents say Proposition 30 would generate much-needed funding to tackle the state’s two biggest causes of air pollution: gasoline-powered vehicles and wildfires. They say the money would help speed the transition to electric vehicles, bolster the state’s charging infrastructure and provide more resources to firefighters, who now must work year-round to fight and prevent wildfires. of deadly forest. They argue that these investments will better put the state on track to meet its ambitious climate goals.

Versus: Opponents say Prop. 30 is an unnecessary tax hike that Californians don’t need because everyone is feeling the effects of high inflation, soaring gas prices and rising costs of living. They say Californians already pay the highest personal income tax rates in the country, noting that the measure would raise the rate for top earners to 13.3% (on incomes over $1 million). dollars) at 15.05% (on income over $2 million) while only three other states and the District of Columbia have rates above double digits. They argue that the tax would drive many residents out of the state in favor of a special interest: ride-sharing companies. In his opposition, Gov. Gavin Newsom calls the measure a “cynical plan” by Lyft, the measure’s biggest donor, to get taxpayers to help it comply with the state’s electric car mandate for businesses. carpooling. Additionally, many opponents argue that Newsom’s recent climate investment of $10 billion and a $97.5 billion surplus in this year’s budget, as well as recent federal funds for electric car incentives, make the state well equipped to pay for the transition to electric vehicles and additional wildfire prevention. efforts. If the state were to need more money, opponents argue it could dip into excess funds in the budget to pay for these ongoing programs.

See the Prop 30 poll data collected by CalMatters below.


This is an abridged version of the full story, available at CALmatters.org– a nonprofit, nonpartisan media company explaining California policies and politics.

Does Joe Biden know how much ‘super rich’ Americans pay in taxes?