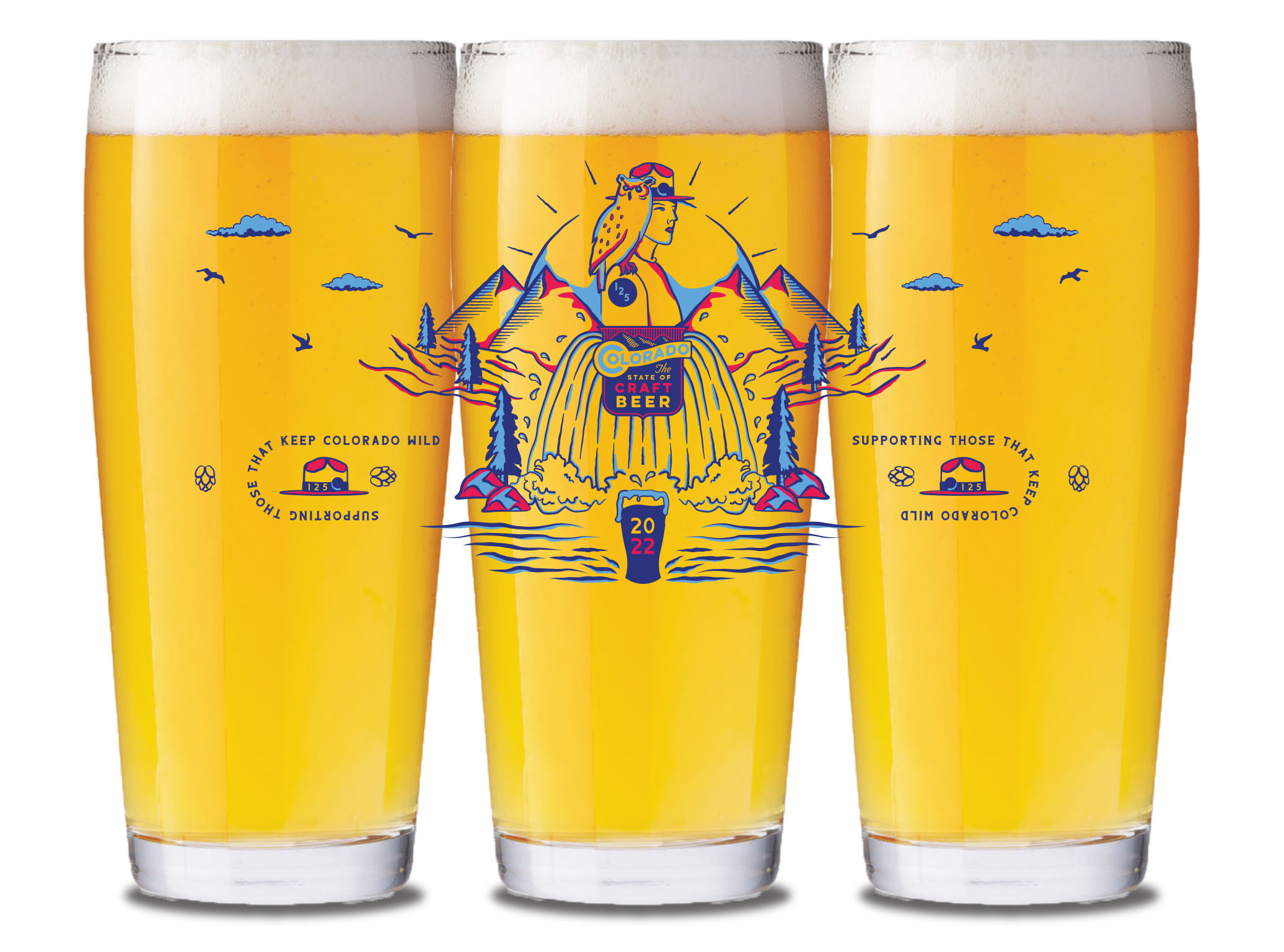 More than 100 breweries across the state participated in Colorado Pint Day last year, selling more than 19,000 glasses. The beloved fundraiser is a great way to support local, independent craft beer and CBG’s mission to promote and protect its members through advocacy, education and public awareness.

This year’s theme celebrates Colorado’s parks and wildlife and their 125th anniversary and includes a fun twist.

“Knowing that there are a lot of talented creatives in our local brewing scene, we decided to hold a friendly competition at the end of last year where brewery employees and contractors could submit their creative works. ‘art for the opportunity to showcase their creations on Colorado Pint Day glassware and marketing.” says Shawnee Adelson, CBG’s General Manager. “We are thrilled that this year we had so many great submissions.”

The Guild is proud to announce that Anna Long, Graphic Designer and Marketing Manager of Copper Kettle Brewing Co. and CEO of Norlo Design, was the lucky winner. Long was previously a graphic designer at Big Grove Brewery in Iowa before moving to Denver to head up marketing at Copper Kettle Brewing Co. Recently, one of Long’s label designs was awarded a Gold Medal at Craft Beer Marketing Awards for Best Bottle Design in 2021.

“Graphic design boils down to being a form of communication and I am honored that the Colorado Brewers Guild trusts me to communicate how special Colorado parks and wildlife, craft beer and the state of Colorado are,” says Long. “To be recognized in the Craft Beer State as a strong designer in this industry is something I am very grateful for and proud of. I’ve been designing for craft beer for five years now and I know that’s what I want to do for the rest of my life. Winning this contest is therefore a validation for the years of hard work that I have accomplished! »

Artist Statement: 125 years of Colorado parks and wildlife calls for true celebration. From managing all of Colorado’s wildlife to overseeing more than 40 state parks, Colorado Parks and Wildlife knows their job is anything but simple. Visitors to state parks alone have increased 30% over the past two years, which shows us what Coloradans really value.

This belief was the inspiration behind this design. To celebrate all the natural beauty Colorado has to offer while acknowledging the Park Rangers and staff members who are behind it all. A great horned owl represents the parks as they are in all Colorado state parks, while a Park Ranger stands tall overlooking the lands they so dearly protect.

From strolling through state parks to brewing the perfect pint, let’s raise our glass to support those who keep Colorado wild.

The list of breweries participating in Colorado Pint Day will be announced at a later date.

About the Colorado Brewers Guild

The Colorado Brewers Guild (CBG) is a nonprofit trade association whose mission is to promote, protect and propel independent craft brewers in the craft beer state through advocacy, community, education and public awareness. The majority of the state’s more than 400 licensed breweries and breweries are members.

Evans: The fate of the people of Iowa | Opinion