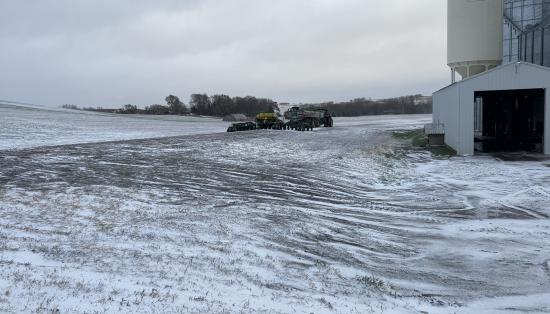 
“Dry weather has occurred across much of the Upper Midwest, adding to existing rainfall deficits and drying soils. Moderate drought and/or abnormally dry conditions have extended to parts of Iowa , eastern Wisconsin and Michigan. Located along the outer edges of last week’s heavy rain band, southern Missouri and southern Michigan saw improvements,” Drought Monitor officials said. in this week’s report.


Last week’s snow brought widespread improvements to eastern Colorado, including areas of severe and extreme drought, according to the Drought Monitor report.

“The recent event, combined with above average snowfall in January, left a large amount of snow on the ground and improved soil moisture conditions. The rest of the region experienced another week of weather. Wyoming has seen an expansion of drought in the northern and western parts of the state as recent hot, dry weather has reduced the seasonal snowpack Nebraska and Kansas have seen a broad expansion of moderate drought and abnormally dryness. Here, the 30-90 day rainfall totals rank in the top 5 driest rainfall totals on The increasing fires in these areas and burning bans will take effect,” officials said. by DroughtMonitor.


The National Weather Service Weather Prediction Center forecast for February 10-15 calls for relatively dry weather over much of the Lower 48.

“A pair of storm systems are expected to bring snow to the Upper Midwest and Northeast. Much of the continental United States will see above normal temperatures through the weekend. See you next week, the Climate Prediction Center (valid Feb 15-19) above normal rainfall from the desert southwest to the northeast to the Canadian border Drier weather favored for the northern plains and much of the west. Temperatures are expected to be warmer than normal in the West Coast states, the central and northern Great Plains, and across much of the lower Midwest and Southeast “Drought Monitor officials said Thursday.