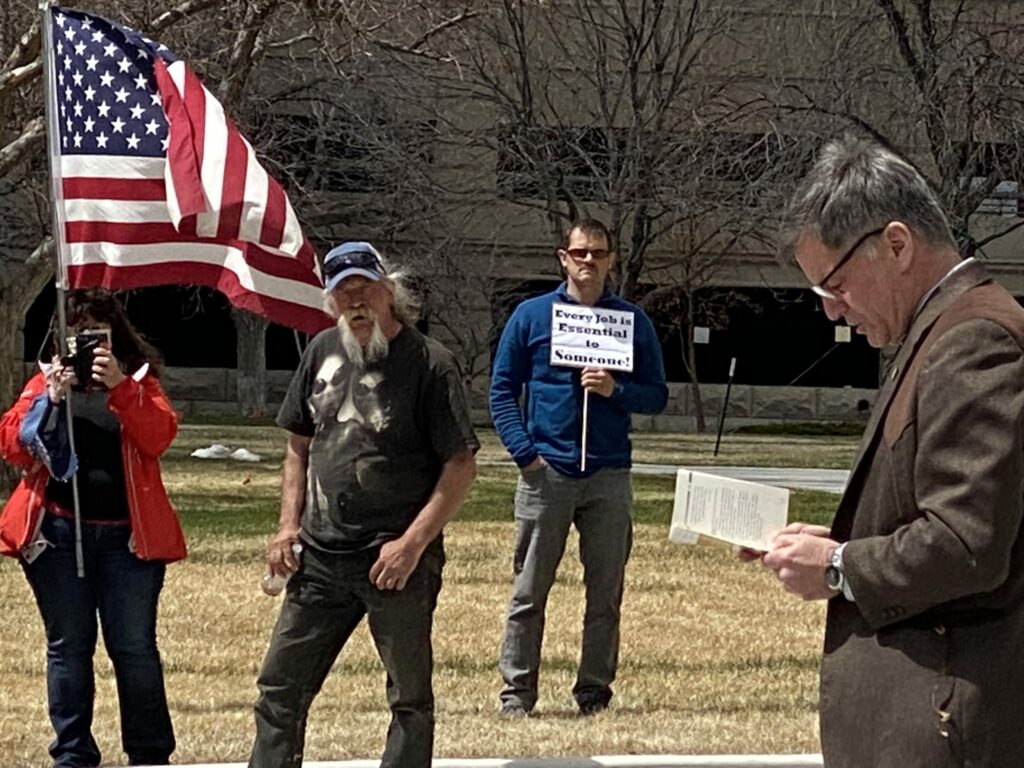 Governor Mark Gordon speaks during a protest against coronavirus closures at the State Capitol Building in Cheyenne on April 20, 2020 (John Roedel, CapCity)

A federal judge issued a preliminary injunction on Monday ending application in Wyoming and nine other states of a Centers for Medicare and Medicaid Services rule requiring healthcare workers to be vaccinated against COVID-19. This injunction was issued after Wyoming joined Alaska, Arkansas, Iowa, Kansas, Missouri, Nebraska, New Hampshire, North Dakota and South Dakota in a lawsuit challenging the mandate of the vaccine.

“This is good news for rural Wyoming health facilities, which are already facing staffing issues without the federal government imposing additional unconstitutional charges on their employees,” Gordon said in a press release on Monday. from his office. â€œHealthcare workers shouldn’t be forced to choose between vaccination and dismissal. ”

The proposed immunization mandate would require most employees, volunteers and contractors working in healthcare facilities that receive Medicaid or Medicare funding to receive a first dose of a COVID-19 vaccine by December 6.

“In its decision, the court agreed to a preliminary ban on the implementation and application of the rule because the arguments advanced by Wyoming and a coalition of other states have a likelihood of success on the merits.” Gordon’s office said. â€œWyoming and the coalition argued that CMS did not have the authority to issue the warrant and that this would impact the ability of health facilities to effectively care for patients. “

“The governor and the attorney general will continue their efforts to challenge the warrant through this lawsuit,” Gordon’s office said.

Wyoming is also challenging other COVID-19 vaccine warrants issued by the Biden administration. Gordon’s office noted that the state had filed a lawsuit challenging a vaccine warrant over federal contractors and federally contracted employees: â€œWyoming is currently awaiting a decision on a request for a temporary injunction in the matter. . “

Wyoming also filed a “second lawsuit to end the Occupational Safety and Health Administration’s temporary emergency standard that requires vaccines for employees of private Wyoming companies with more than 100 employees.” This also caused a pause in the implementation of the ETS.