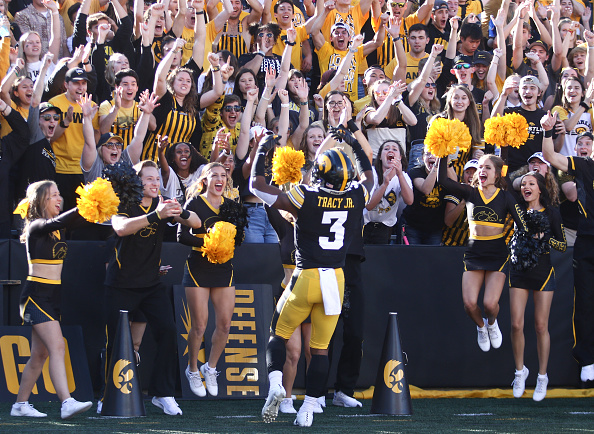 Saturday’s game against Colorado State got off to a slow start for the Hawkeyes, but thanks to another game-changing defense they were able to put the ship back on their way to a 24-14 victory.

Despite all their difficulties in the game, it was actually the most explosive game of the season for the offense. They made five games over 20 yards in a game for the first time this season. First-year receiver Keagan Johnson led the way, finishing with two catches for 92 yards and a touchdown.

It’s now 10 straight wins for the Hawkeyes since last season. They now sit at No. 5 in both la AP Poll and the Coaches survey.

You can watch the highlights of the game above. There are also photos below, as well as stories from last week’s cover on the left. See photos and highlights of victories against State of Iowa and Kent State, if you missed these games.

You can go back and see how the the experts also chose the game.

Things calmed down a bit in the bowl throwing department after this week’s close game. Only two ESPN Experts now have Iowa in the College Football Playoff. That’s down from six last week. CBS Sports still has the Hawkeyes facing Cincinnati in the Fiesta Bowl, College football news still has them at the Rose Bowl, but the opponent is now UCLA which is the same projection of Action network Brett McMurphy.