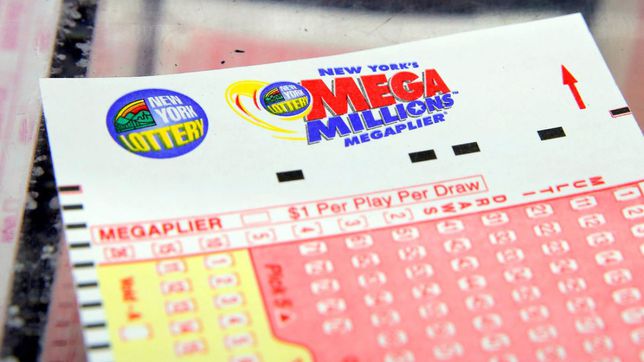 Rubbing your hands on the exceptional jackpot in this week’s Mega Millions lottery draw? Well, Uncle Sam too. Depending on where you live in the United States, you could face a tax bill of over $150 million if your numbers turn up.

That’s because gambling winnings over $5,000 are taxable in the United States – and it’s not just federal taxes you need to think about. Your state may also want a cut.

A lump sum of nearly $360 million up for grabs

Scheduled to take place at 11 p.m. ET / 8 p.m. PT on Friday, July 22, the Mega Millions draw will come with an estimated jackpot of $630 million. If you make a fortune by getting all six numbers, you will have two alternatives: the “cash option” or the “annuity option”.

If you take the former, you’ll get the money as an upfront lump sum payment, but it won’t be for the full $630 million. The “cash option” payout is “equal to the money in the Mega Millions jackpot prize pool”, according to the draw organizers. In this case, that equals $359.7 million.

If you opted for the “annuity option”, on the other hand, you would get the full jackpot, but not all at once: an immediate payout of around $9.5 million would be followed by annual checks that increase by 5%. each year, up to a maximum of approximately $39 million. This option protects people from (one way or another) blowing up their pot of gold all at once, but carries the risk of tax hikes resulting in higher rates being taken from your prize money later.

The majority of winners tend to opt for the lump sum payment – ‘Most of them want all their money now,’ lottery spokesman Elias Dominguez told ABC – so the tax you’d pay on the ‘cash option’ is what we’re going to be talking about focus in this article.

Say goodbye to almost a quarter from the start

Before the money reaches the jackpot winner, it is subject to a 24% federal tax on gambling winnings – so if this week’s Mega Millions single payout is $359.7 million, that’s about $86.3 million that you would have to hand over directly to the IRS. The federal IRS isn’t done there, though…

As tax season approaches, you’ll find yourself on the hook for another chunk of your lottery money. That’s because a nine-figure Mega Millions win will have pushed you, quite comfortably, into the top IRS tax bracket.

Currently, US tax residents must pay a maximum rate of 37% on annual income over $539,900. You will therefore be responsible for the 13% difference between this amount and the 24% applied to gambling winnings. However, you will only have to pay the higher rate for each dollar above $539,900; lower drawdowns will be applied to your winnings up to this amount. In short: expect the IRS to lose about another $47 million of that initial $359.7 million.

Overall, then, about $133 million in federal taxes will leave you with about $227 million.

And then it’s time to calculate what you owe to your state tax office..

If you live in California, Delaware, Florida, New Hampshire, South Dakota, Tennessee, Texas, Washington or Wyoming, you no longer have to worry about your tax obligations. California and Delaware tax income but not lottery winnings, while the other seven states have no income tax.

We can also forget about Alabama, Alaska, Hawaii, Mississippi, Nevada and Utah because you cannot play Mega Millions in those states.

Meanwhile, nine states – Colorado, Illinois, Indiana, Kentucky, Massachusetts, Michigan, North Carolina, Pennsylvania and Utah – have a flat tax rate that is mostly around 5%. That means you’ll have to cough up around an extra $18 million. The exceptions to this are Pennsylvania and Indiana, which would take 3.07% and 3.23% of your earnings respectively.

Elsewhere in the United States, you will see between 2.9% in North Dakota, 10.75% in DC, New Jersey and Wyoming and 10.9% in New York. NY’s top rate only applies to every dollar earned above $25 million, but you’d still face a state tax bill comfortably north of $30 million.

See the full list of US state income tax rates

Of course, the likelihood of you actually needing to consider any of the above is extremely low. Per CNBC, the chance of a single Mega Millions ticket matching all six numbers is 1 in 302 million.