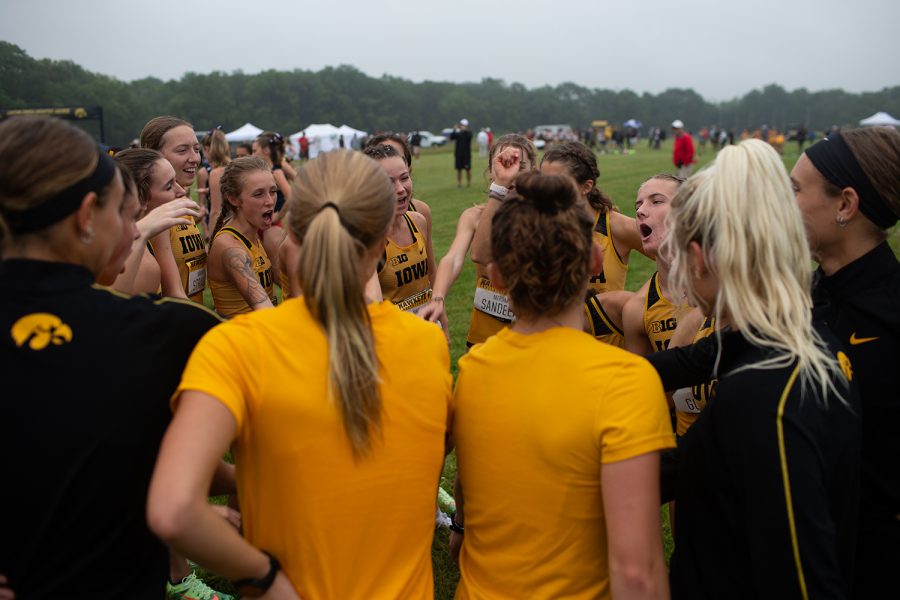 Iowa cross country prepares for a trip to Missouri

Hawkeye’s men’s and women’s cross-country teams will travel south to Columbia, Missouri, for the Gans Creek Invitational on Friday morning.

The University of Iowa hosts the Hawkeye Invite during Ashton Cross Country on Friday, September 3, 2021. (Jenna Galligan / The Daily Iowan)

The University of Iowa’s men’s and women’s cross-country teams travel to Columbia, Missouri on Friday for the Gans Creek Classic. The meeting is the Hawkeyes’ third of the 2021 season.

Only three events – including the Gans Creek Classic – are held between the Hawkeyes and the Big Ten Conference Championships in University Park, Pa., Scheduled for October 29. Iowa will divide its team for two games on October 15. The Hawkeyes will participate in both. the Nuttycombe Invitational hosted by the University of Wisconsin at Madison and the Bradley Pink Classic in Peoria, Ill. on that day.

“[The men] just had an average result in Nebraska based on our ability, â€said Hawkeye head coach Randy Hasenbank. “I think they are all on point and know what they need to do to reach their goals.”

Two riders from the Hawkeye men’s team placed in the top ten of the Dirksen-Greeno Invitational as individuals. Sophomore Nick Trattner finished sixth with senior Noah Healy behind him in eighth place.

Despite their good individual results, Trattner and Healy are still not satisfied.

“As a team we have to take it up,” Trattner said. â€œIn Nebraska we haven’t really done much as a team. We had a big gap between two and three, which we can’t have.

Trattner added that the Hawkeyes’ goal for the Gans Creek Classic is to place high in the tag team competition. Trattner hopes his team will make the top five or seven overall and finish within 30 or 40 seconds of the top teams.

The Hawkeye women won the Dirksen-Greeno Invitational. Now they’re just hoping to bring the momentum they found in Lincoln to Columbia.

“By going up to [6,000 meters], we’ve had good training and a lot of our older daughters are fitness based, so the 6,000 meters will be in their hands, â€said Emma Gordon. “It will be good to see how the young runners advance to this race distance.”

â€œIt’s pretty new for everyone because we didn’t have a season last year, and it’s a much longer distance for the new runners,â€ said Hasenbank.

This will be the first meet of the year where the Hawkeye men and women are ranked in the Midwest region. The men were in 12th place and the women 9th in the United States Track and Field and Cross Country Association rankings on September 28.