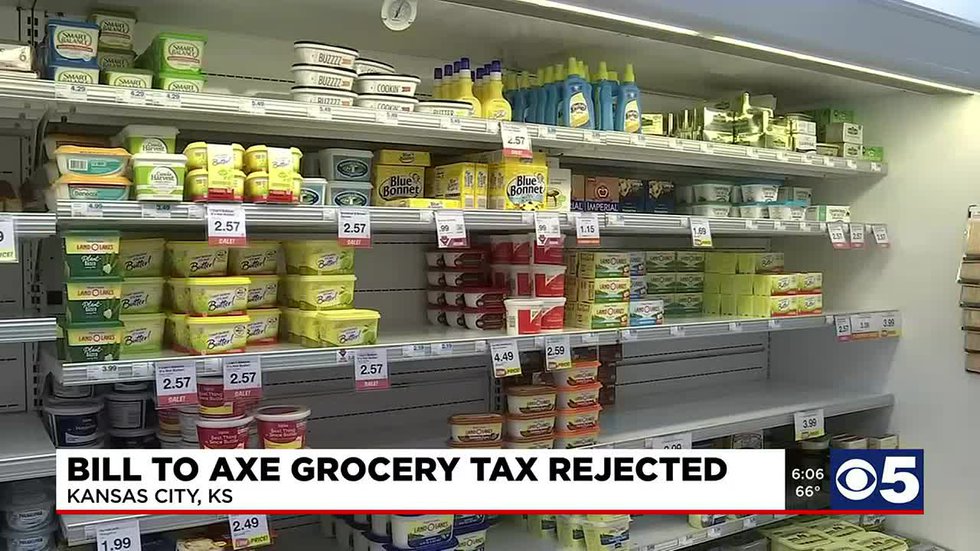 WYANDOTTE COUNTY, Kan. (KCTV) – A bill that would save Kansans money on their grocery receipt was shot down today.

The Living Stone Family Worship Center operates primarily as a church, but on weekdays the building is rented to the Delight Ahead Child and Family Development Center.

It’s a center that looks after 25 children every week, which means they’re constantly running errands to feed the little mouths.

“We serve our lunches, but generally we spend about $500 a week on groceries for the kids,” said owner and manager Demetria Spencer.

Spencer said the tax was noticeable when she looked at the receipt.

“Sometimes I go to Missouri because I know their taxes are cheaper,” Spencer said.

Currently, Kansas has a 6.5% sales tax rate on food. Governor Kelly’s “Axe the Food Tax” would eliminate this tax. She has said in the past that the bill would help save the Kansans hundreds of dollars on groceries.

It’s much-needed money that she says should stay in the pockets of the Kansans, as inflation has driven up the prices of everything, including food.

The bill failed the House 48 to 74 today, leaving Kansas with the second-highest food tax in the nation.

“I think we already have so much that we are paying in inflation. I think this reduction in sales is just going to help,” Spencer said.

The Kansas GOP did not tweet about the bill today, but in January they tweeted that the governor had vetoed a similar GOP bill that would have reduced the tax.

The tweet read: “Reminder: In 2019 Laura Kelly vetoed a food sales tax cut that would have made a huge difference to hard-working Kansans.”

The GOP has its own plan it wants to implement that would gradually reduce the sales tax, eventually eliminating the rate in 2025.

Meanwhile, as politicians go back and forth, the Kansans find each other and their wallets continue to suffer.

“I think Republicans and Democrats need to come together and work things out for the sake of the future, for our little ones coming in,” Spencer said.

Spencer mentioned that he sometimes goes to Missouri for groceries. Just across the State Line, the sales tax is just over 1%.