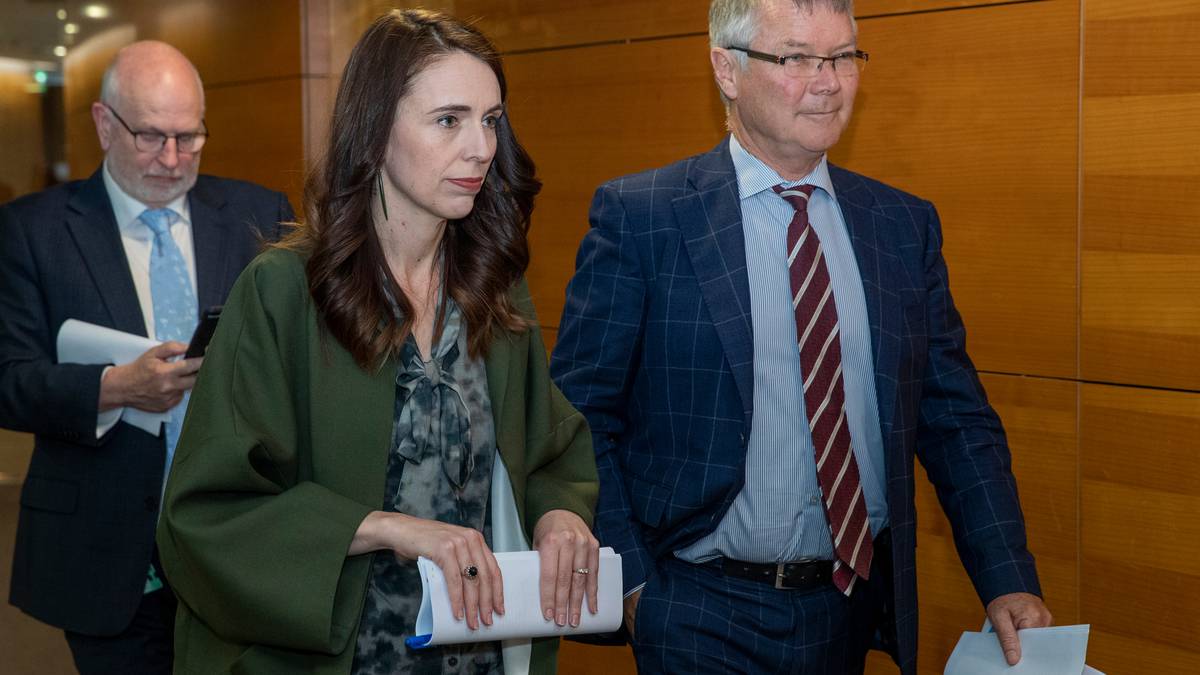 Luxon and Ardern on the government’s U-turn on a Kiwisaver tax. Video / Mark Mitchell

The government has backed away from a proposal to tax fees on KiwiSaver funds.

The proposal would have forced managed funds and KiwiSaver providers to pay a flat 15% GST on fees.

The government’s pushback comes after a chorus of opposition to the move, including National Party leader Christopher Luxon, saying his party would push to end “pension tax”.

On the AM show this morning, Luxon said Kiwis would be angered by plans to charge GST on fees paid to KiwiSaver accounts from April 2026, which could net the government millions of dollars per year in additional income.

“It’s such a bad idea; a retirement tax while we’re trying to get people to KiwiSaver just doesn’t make sense,” Luxon said.

Prime Minister Jacinda Ardern said the turnaround was the result of comments from fund managers.

“It was clear to us that we had an uneven playing field in how GST was applied to fees and services. Ultimately, however, we felt we were fixing the system for these service providers. We heard very clearly from them, they don’t believe that’s what it would accomplish,” Ardern said.

He said that after the proposal was released, KiwiSaver’s small vendors made it clear that they opposed the move.

“During extensive consultation, opinions were divided on the merits of technical change. Larger companies benefiting from the current setup were opposed to the change, while smaller suppliers were more supportive of the change. Indeed, those suppliers who charged the full GST on their service fees faced unfair competition from the bigger players.

“However, since the announcement, it has become clear that smaller suppliers are also opposed to it,” Parker said.

Parker said he was “proud” of Labor’s history in Kiwisaver’s introduction.

“I am proud of Labour’s role in introducing KiwiSaver and its role in securing the future of New Zealanders. We will never do anything to undermine it.

“In contrast, National will not commit to maintaining KiwiSaver in its current form, and cannot be trusted to support this important program. When last in government, National dropped the Kick-Start payment and introduced a tax on employer contributions,” Parker said.

“This was a proposal to equalize GST on fees paid to KiwiSaver vendors,” Parker said.

“Obviously, it generated a lot of debate.”

He said adding GST to the KiwiSaver fee would have been another disincentive for Kiwis to save for retirement.

The introduction of New Zealand’s pension scheme means that KiwiSaver members are already taxed on their earnings before contributions are made to KiwiSaver and are also taxed on investment returns. Many other OECD countries provide tax exemptions for this purpose.

A 2018 OECD report found that New Zealand had the second-lowest tax gain on its retirement savings.

“This is the right decision by the government and one that will benefit New Zealanders’ retirement savings in the long term.

“At the heart of the matter is good pension outcomes for all New Zealanders, and as an organization with a vision to increase the financial confidence and well-being of New Zealanders, we believe that a tax GST on KiwiSaver fees was not conducive to this goal.”

The Autorité des marchés financiers, the government’s regulator, warned that the fees would be passed on to consumers and cause KiwiSaver balances to drop by $103 billion by 2070.

The proposed tax bill was introduced in parliament yesterday to change the way tax is applied to service fees charged by managed funds, which are currently not subject to GST.

The Inland Revenue has calculated that the proposed change will add about $225 million a year to government tax revenue.

Financial agencies and GST experts have warned that the tax will hit KiwiSaver balances hard and will be passed on in the form of higher fees, while the opposition has described it as “yet another tax grab. .to swindle New Zealanders out of their hard-earned money”. “.

The Financial Services Council of New Zealand (FSC) has also described proposed changes in the Tax Bill (Annual Rates for 2022-23, Platform Economics and Remedial Matters) as legislative “overruns” and a “sub-optimal outcome” amid a cost of living crisis.

The new rules would have raised the GST on fees for managed funds and KiwiSaver to the standard rate of 15%. Currently, the tax treatment of these funds varies.

Modeling by the Financial Markets Authority (FMA) warns that the tax and its cumulative effects would reduce KiwiSaver balances by $103 billion by 2070.

This compares to total KiwiSaver balances which are projected to be $2.196 billion in 2070.
Non-KiwiSaver funds will be hit by $83 billion. The total fund balance in 2070 would be $1757 billion. The figures were included in a Regulatory Impact Assessment (RIA) released with the rule change.

This amount of lost savings was equivalent to more than half the size of New Zealand’s GDP in 2022.

Caesars, MGM and DraftKings should be wary of this NFL season