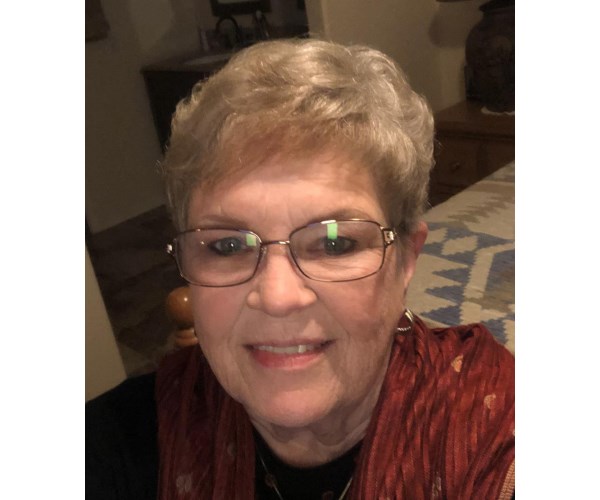 Linda Kay Butterfield 1951-2021 Linda K Enabnit-Butterfield, 70, died of complications from COVID-19 on December 8, 2021 in Phoenix, AZ. Born April 23, 1951 to Darwin and Maxine Kelly-Enabnit in Manchester, Iowa. Linda grew up on her family farm near Ryan, Iowa and attended kindergarten in her first year at St Patrick’s Catholic School. She graduated from Delaware High School in Manchester, Iowa in 1969. She completed her beauty studies at Cedar Rapids Iowa and earned an associate’s degree in business administration later in her life. Her love of the mountains and skiing took her to Colorado in the 1970s, where she married and had two children, Christine and Shane Cauley. This marriage took her from Evergreen, Colorado, to Sugarland, Texas, and then to Cheyenne, Wyoming. Her life revolved around her children and maintaining a home she could be proud of. After a divorce, she worked at JC Penney in Cheyenne and it was there that she met and married Larry Butterfield on November 8, 1991. With this marriage came Lee, a son she loved as her own. She continued to style her hair at home and was a cornerstone of Larry for the last 14 years of his military career. She loved to ski, dance, do people’s hair, and watch TV shows. With her marriage to Larry, she came to love camping, four-wheeling and even snowmobiling. Then there were the casinos where she could pick a machine to win pretty much every time. She was a wonderful listener and a person who attracted people and wanted to tell their story. When Larry retired in 2004, Linda and Larry moved into the mountain cabin they built together in the Medicine Bow Mountains, near Laramie, Wyoming. They lived there in the summer and near his mother in the Phoenix, Arizona area in the winter. In 2016, they became full-time residents of Peoria, Arizona. Her life now turned to caring for her mother, making sure she attended church and was medically treated until her death in April 2021. Linda recently bought a home in Prescott Valley, Arizona and was delighted to renovate and choose it. furniture. This had to be the house of her dreams with gardens in the backyard and interior just the way she wanted it to be. Linda was a babysitter and looked like a grizzly when it came to protecting her family. She will be sadly missed by all who knew her. She is survived by her husband Larry; his daughter Christine (Joel) Miller; his beloved stepdaughter Sarah Cauley; her stepson Lee (Mystelle) Butterfield; his four granddaughters, Audrey Boleyn, Jade, Bella and Lily Butterfield. In addition to her parents Darwin and Maxine, Linda was predeceased by her son “Bear” Shane Patrick Cauley. Services are on hold until spring.