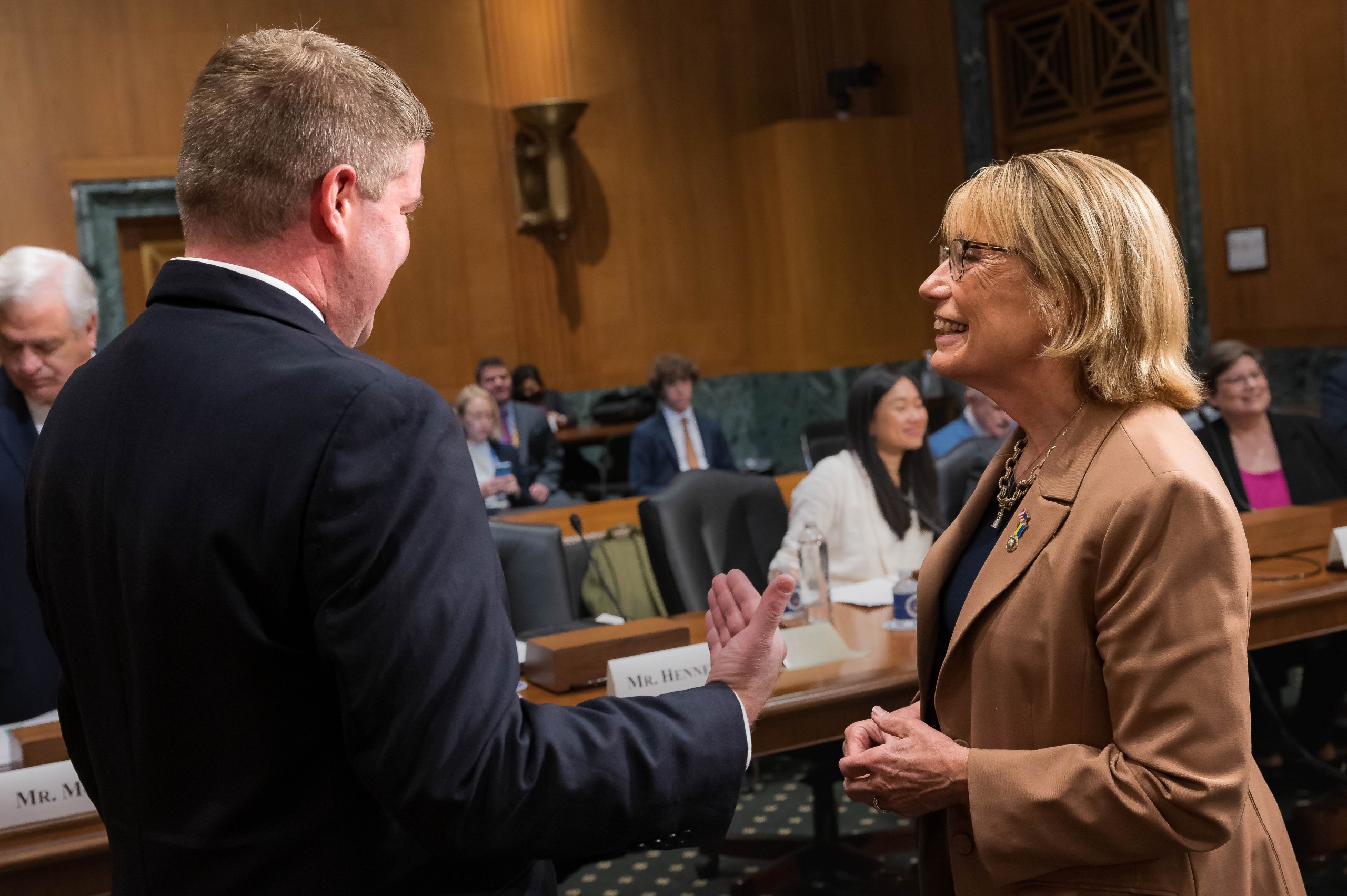 Over half a million dollars. That’s how much it’s cost Littleton Coin Company to comply with the US Supreme Court’s Wayfair ruling since 2018, according to CEO John Hennessey, who testified before the US Senate Finance Committee on Tuesday. in Washington.

It’s not the amount of taxes he collected for all 45 states and 12,000 local tax jurisdictions. That’s what it cost the mail-order business of software, consultants and lawyers. And the $500,000 doesn’t include the $140,000 in back taxes the company had to pay three states to avoid more costly litigation, or the impending cost to deal with a California claim that the Granite State company is starting. to pay income taxes to the Golden State. “Every dollar we spend on compliance is one less dollar we can invest to stay competitive,” he said.

Hennessey was invited by US Senator Maggie Hassan, D-NH. Hassan, as well as senators from non-sales tax states – Missouri, Delaware and Oregon, who would like Congress to reverse the decision because, she said, “it required businesses to be tax collectors for government out of state”.

That’s unlikely to happen, as most of his colleagues represent states that collected at least $23 billion in sales taxes in 2021 as a result of the Wayfair ruling, according to a survey by the General Accountability Office. . And that might be an underestimate, since so far only 36 of 45 states have responded to the survey and only 30 have provided data. (Some won’t start collecting until next year.)

Even senators from states benefiting from the decision seemed to favor Hassan’s argument that there must be a way to simplify the collection process.

The problem is not just the number of jurisdictions, but state rules vary for determining whether a business must file or pay taxes, taxation of various products, effective dates and deadlines, and various tax requirements. logging and auditing.

For example, 37 of the 45 states have local sales taxes.

“There’s a lot of confusion,” said Ron Wyden, D-Ore., who chaired the committee.

For example, he said that Illinois imposes sales tax on a Twix bar but not on a Snickers bar.

“Small businesses are forced to navigate this complex web of regulations, basically being forced to buy software and hire consultants to put everything together,” he said. “Congress should step in to create rules about what states can require of small businesses outside their borders.”

‘The tip of the iceberg’

Hennessey and another CEO – Michelle Huie, founder of VIM & VIGR Compression Legwear in Missoula, Mont. – were a bit more specific about the problems and possible solutions.

Littleton Coin Company – which has been in the state since World War II – is now owned by its 275 employees. He said he paid $225,000 in 2018 alone following the ruling on June 18 that year, but it took nine months to get up and running. After all, Littleton Coin has about 10,000 different products, and each state and municipality has its own classification and exemption laws. He therefore had to pay the taxes that they were unable to collect during this period.

Since then, he has paid $50,000 for a software license, accounting services and legal advice. “Last month, a routine software update caused an error that took 100 hours to resolve and $5,000 in expense,” Hennessey said.

Additionally, many Littleton Coin customers prefer a physical catalog and listing all rates in all jurisdictions would require 40 pages, making tax collection more difficult. Also, people like to pay by check, and if that doesn’t include tax, it’s just not worth the business to go after such small amounts.

One state, he said, imposed a 27-cent retail delivery fee on any remote retail sale, which would require the company to rewrite its entire computer system.

California’s demand to pay income tax, he said, was the “tip of the iceberg of states going beyond sales tax into an unlimited number of new taxes and levies.” .

Hennessey said Littleton Coin has no physical presence in that state and federal law is on its side.

“Despite our firm belief that we have no legal obligation, we must now incur time and legal expense in defending ourselves,” he told the committee. At another point, he said the legal costs to fight the nation’s largest state would be “unlimited.”

So Wyden asked him, “What two things could best reduce your costs?”

Hennessey checked them off:

Huie echoed Hennessey’s points, but added that it would be important to register once because the software doesn’t do that for you.

Huie also stressed the importance of a uniform safe harbor.

Currently, the “nexus” for tax eligibility depends on the state. Most states define it by sales. Others look at the number of articles. Others also require a deposit even if you are under the threshold, have a physical presence, such as a warehouse, or even use an Amazon warehouse. And sometimes, she says, you can’t tell on Amazon which items are stocked in which warehouse.

There are attempts among taxing states to simplify things, testified Craig Johnson, executive director of the Streamlined Sales Tax Board, but so far only 24 have signed on.

Still, “none of the larger states are participating,” said Diane Yetter, president and founder of the Sales Tax Institute, a Chicago consulting firm.

And Colorado, Louisiana, Alabama and Alaska are “inconvenient” because they allow localities to self-administer taxes.

Several senators questioned whether it would make sense to require all states to participate in the council, though Yetter thought some kind of incentive to join would be better.

Wyden said he wanted to work with Hassan and Hennessey to incorporate their recommendations into future legislation. Even senators from states that benefit from the tax seemed open to some kind of simplification.

“Mr. Hennessey, your testimony was quite powerful, in terms of the costs you incur and the ongoing costs and complications you have to deal with,” said Sen. Ben Carden, D-Md., who benefits from the tax. A simplification would be desirable, he said, but added that the Wayfair ruling “levels the playing field” between online and brick-and-mortar stores, he said he was interested in legislation that would reinforce both of those goals. .