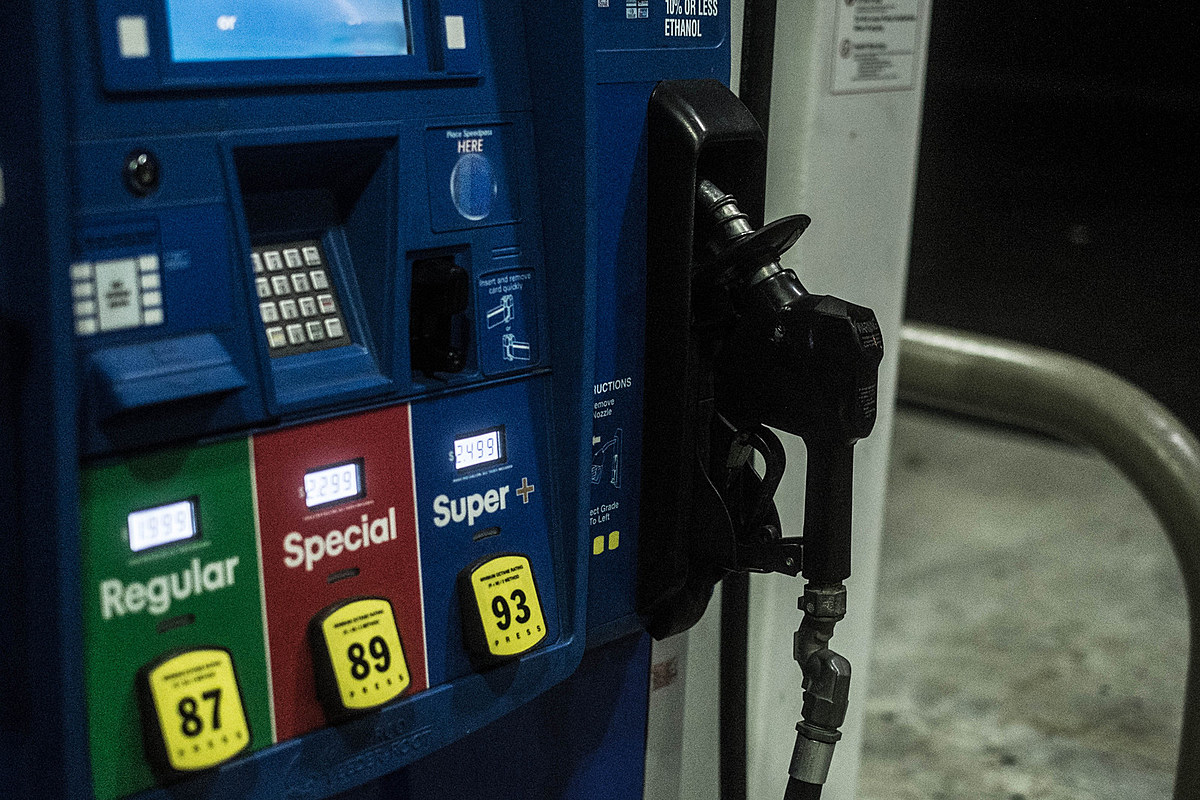 As momentum builds across the country for the suspension of state gasoline taxes, the state Senate on Thursday rejected a Republican-led push to suspend gasoline tax collection until on Labor Day, even as Governor Charlie Baker signaled he was warming to the idea.

The Senate vote came the same day Governor Ned Lamont signed a bill to suspend Connecticut’s 25-cent gas tax until June 30 after the Legislature voted to unanimity in favor of the break.

“Obviously we have an obligation to respond,” said Senate Minority Leader Bruce Tarr. “This Senate has never witnessed such economic pain and made no attempt to intervene.”

Following Russia’s invasion of Ukraine, gasoline prices in Massachusetts reached an average high of $4.36 per gallon on March 11, but slowly declined to an average of $4.25 in statewide on Thursday, according to AAA.

Massachusetts Republicans have been pushing for weeks to suspend the state‘s gas tax in the face of these price spikes, but have met resistance from Democrats who have called it a “trick” and voiced their concerns. concerns about violating the terms of state bond agreements.

“I know it may look good and feel good, but you’re not providing any real relief,” Senate Ways and Means Chairman Michael Rodrigues told his colleagues.

Rodrigues, a Westport Democrat, said not only would Wall Street and the bond rating agencies oppose a move to fill lost gas tax revenue with future excess funds, but he said he there was no guarantee that the savings would be passed on to motorists.

“Do you all trust the oil companies? Rodrigues asked.

The bill signed by Lamont in neighboring Connecticut suspends that state’s gas tax from April 1 to June 30, suspends public bus fares statewide during the same period and creates a week of sales tax holiday on clothing and footwear under $100 from April 10 to April 16.

After the House rejected a proposal two weeks ago to suspend the gas tax until prices fall to $3.70, the Senate voted 11-29 against an amendment proposed by the Republican senator Ryan Fattman, of Sutton, who was trying to address some of the Democrats’ concerns.

Fattman’s amendment would have suspended gasoline tax collection until Sept. 5 and given the Department of Revenue 30 days to notify the state comptroller of the amount of tax revenue lost during that period. The Comptroller would be authorized to transfer an equal amount to the Commonwealth Transportation Fund to replace any loss of revenue that had been pledged for government borrowing.

“As the Commonwealth continues to enjoy a massive income surplus, we must provide relief to the hard workers who are being crushed by soaring inflation,” said Senator Montigny (D-New Bedford). “Our constituents are facing steep price increases on everything from groceries to home heating costs and gas prices at the pump. State coffers will not suffer from temporary relief. Seniors and others on fixed incomes cannot absorb costs that have nearly doubled overnight, and our families should never have to worry about how to pay their bills while the state is short. silver.

“I think the proposal that Senate Republicans have made is very smart and addresses all the issues people have about how we continue to maintain our coverage ratios on our bond commitments,” Baker said. earlier today at an event in Holyoke. .

Baker noted the bipartisan vote in Connecticut and expressed concern that Massachusetts drivers could get caught in the middle of states where cheaper gasoline was available. In addition to Connecticut, which is controlled by Democrats, New Hampshire Gov. John Sununu, a Republican, has said he supports suspending that state’s gas tax.

“I think it’s going to be really important for us as a Commonwealth to take seriously the fact that not only are we going to put our people in a position where they’re going to be at a huge disadvantage if they buy gas in Massachusetts, but it also creates a dynamic where we’re not really helping them with that particular cost,” Baker said.

As gas prices began to rise in March, Baker had suggested the gas tax might be one place his administration would seek to provide short-term relief to residents struggling with inflation. But as Democratic opposition mounted, Baker opted to focus on his budget plan to cut taxes for renters, elderly homeowners and low-income families as a way to provide financial relief.

He reiterated his desire to see the Legislative Assembly enact its tax reform agenda to provide relief to those struggling with rising rents, property taxes and consumer staples.

“I think in many ways this is a time when we as a Commonwealth need to step up and do some things for the people who are paying the bills,” Baker said Thursday.

While the failure of Fattman’s amendment was expected, Republicans managed to bring Democrats up to speed on an issue that candidates for governor and other offices have been hammering away at for weeks.

While Rodrigues said the gas tax suspension was “nothing more than a gimmick” that would at best save someone $3.64 per tank, Fattman and O’Connor argued that in some parts of the state, people travel longer distances to get to work, and the money can add up. .

Fattman also noted that high gas prices could discourage Massachusetts families from traveling out of state to places like Cape Cod or the Berkshires this summer, hurting businesses trying to recover from the coronavirus pandemic. COVID-19.

Sen. Brendan Crighton, Democrat of Lynn and co-chair of the Transportation Committee, echoed concerns about the rating of government bonds and distrust of big oil companies.

“I think the cost of doing this far outweighs the relatively small and unpredictable benefit, because there’s no guarantee it would reach the consumer,” Crighton said.

Paul Craney, spokesman for the Massachusetts Fiscal Alliance, said voters should remember that vote when they go to the polls later this year.

WATCH: See how much gas it cost the year you started driving

To learn more about how gas prices have changed over the years, Stacker analyzed the cost of a gallon of gas figures for each of the last 84 years. Using Bureau of Labor Statistics data (published April 2020), we analyzed the average price of a gallon of regular unleaded gasoline from 1976 to 2020 as well as the consumer price index (CPI) for regular unleaded gasoline from 1937 to 1976, including absolute and inflation-adjusted prices for each year.

Read on to explore the cost of gas over time and rediscover how much a gallon cost when you first started driving.