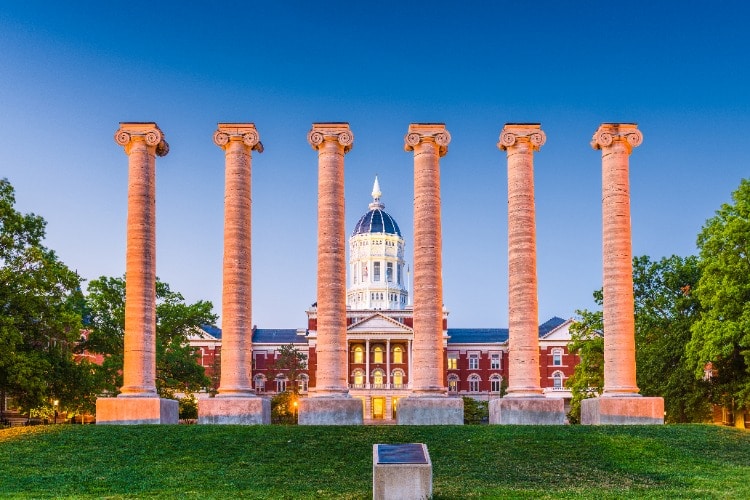 Missouri’s Select Committee on Public Policy declined Monday to discuss or vote on a pair of sports betting bills backed by casinos and professional sports teams.

The bills, HB 2502 and HB 2556, were developed with strong input from key stakeholders and were on the agenda for discussion and, potentially, a vote, before committee chairman Scott Cupps n opened the meeting by saying that the committee would not be discussing bills.

Cupps said the committee, before proceeding, would like to see amendments to the bills regarding problem gambling, “offsite betting fees” and promotions. Last week, during a three-hour hearing, Representative Dottie Bailey suggested extending the admission fees that Missouri currently has in place for brick-and-mortar casinos to the virtual world. Sports betting supporters slammed the idea, which Bailey told the hearing was a joke, but Cupps on Monday gave a window into the possibility of having a fee.

“The money would go to the county where the bet was placed,” he said, instead of the county where a casino is located. From Cupps’ comments, it appears lawmakers are already considering such a change. If Missouri instituted a “virtual admission fee,” it would be the first state in the nation to charge bettors an upfront fee for the privilege of placing a digital bet.

Another critical talking point, according to problem gambling advocate Brianne Doura-Schawohl, is the need to increase the $250,000 Missouri bills would allocate to problem and responsible gambling programs. In addition, one of the bills does not include a self-exclusion element and advertising guidelines could be strengthened, she said.

You inscrutable idiots. Your plan to legalize sports betting in Missouri applies to… betting on Missouri professional teams and nothing else? And no betting on accessories for…. the reasons? It’s by far the dumbest state in the union, I swear. https://t.co/cfeU4bm3cL pic.twitter.com/WsL9OTuKDZ

“There are approximately 92,000 Missourians (2.2% of the adult population) struggling with problem gambling,” Doura-Schawohl said. Sports handle. “Additionally, according to the 2016 Survey of Problem Gambling Services in the United States, Missouri ranks 33rd out of 50 U.S. states in per capita public funding spent on problem gambling services.

“The proposed sports betting bills in their current iterations have significant deficits with respect to problem gambling funding and infrastructure. Because Missouri is already operating from a deficit, the suggested additional funding of $250 $000 won’t even begin to scratch the surface to meet the state’s need for problem gambling research, prevention, education, treatment and recovery.”

Cupps said the committee would continue to engage with stakeholders and possibly propose amendments to the bills before moving them forward. Lawmakers in Missouri have been fighting for four years to pass a sports betting bill while neighbors Arkansas, Illinois, Iowa, Nebraska and Tennessee have all legalized betting, though that they are not yet in force in Nebraska. Illinois, Iowa and Tennessee all allow mobile betting statewide, and Missouri lawmakers have said they are aware of state residents crossing the border to bet.

Legalized sports betting could generate more than $15 million in tax revenue for Missouri, according to new legislative analysis.https://t.co/fjSY0gFn3i

Current versions of the bills also allow operators to cancel all promotions, and such cancellations, according to Cupps, would be overkill. Cupps said lawmakers would like to see a cap on promotional expungements, which have become an issue in other states. In states like Colorado and Virginia, tax revenues or money for problem gambling have been significantly lower than expected after massive promotional delistings in both states.