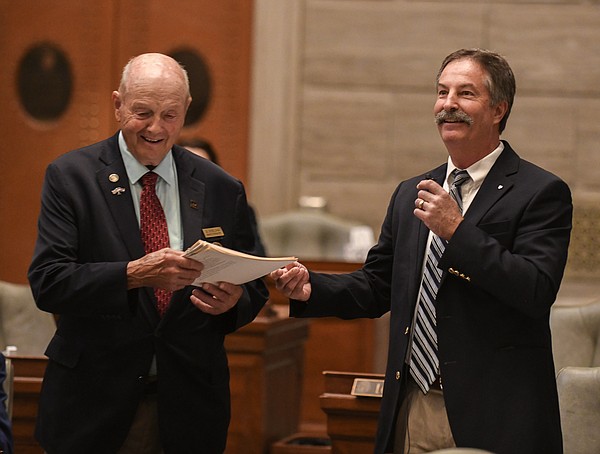 Senators voted 26 to 3 in favor of the tax incentive package, which primarily renewed tax credits that had expired. The measure includes tax credits for companies involved in meat processing, biodiesel, fuel ethanol and urban farms. It also expands government loan programs for farmers.

“We want to protect Missouri farmland for our families who will come after us,” Moon said, adding that he wanted to “make sure it stays in the hands of Missourians.”

Republican Senator Jason Bean, a farmer who introduced farm tax credits to the Senate, said he expects lawmakers to debate foreign ownership of Missouri farms in the next legislative session, which starts in January.

The Republican-led Missouri Legislature passed a bill providing similar farm tax credits during the regular legislative session, which ended in May.

GOP Gov. Mike Parson vetoed the measure, citing a two-year sunset attached to numerous tax credits that he said was too short. He called lawmakers back for a special session to extend farm tax breaks for six years and spend some of the state‘s excess revenue on personal income tax cuts.

The House last week sent Parson a bill to cut personal income tax from 5.3% to 4.95% starting next year and phase in further cuts until until the rate reaches 4.5%.

The Senate’s passage of the Farm Tax Incentives Bill wraps up the rest of lawmakers’ unfinished business for the special legislative session.

Parson did not say when he will sign the bills.