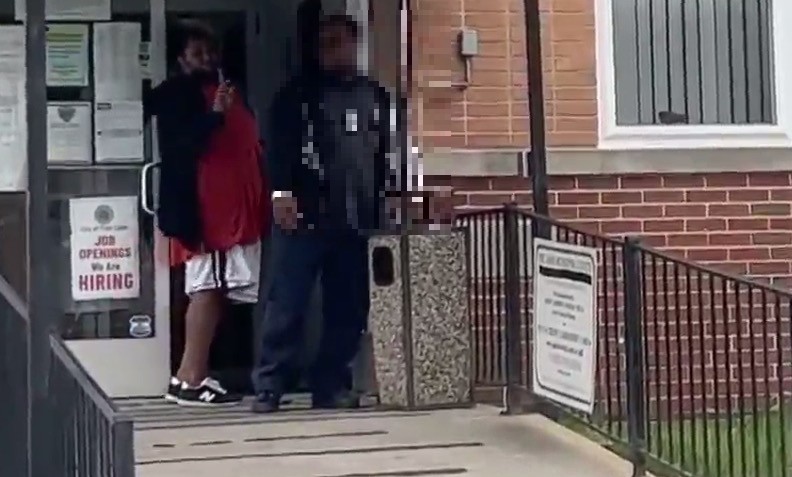 ST. LOUIS COUNTY, Mo. — A politician in northern St. Louis County has been ousted after it was revealed she failed to pay some of her taxes. Citizens, however, said she refused to step down until FOX 2 got involved.

It’s Missouri law. You must pay your taxes, otherwise you cannot hold office. The Missouri Department of Revenue disqualified Carla Walker of Pine Lawn for breaking the law, but we found her entering City Hall on Friday.

Pine Lawn resident Barbara Chapman was unaware that Walker had been disqualified. She told FOX 2 her immediate reaction to the news was, “It’s impossible because she was just at a meeting.”

“(Walker) said she’s an aldermen and they’re working on a few projects in Ward 1,” Chapman continued.

Chapman learned of Walker’s disqualification later when two other aldermen said they could not have Walker resign by order of the state.

“Just give up the seat and go and be done with it – or pay the taxes and be okay,” Alderman Gerald Metts said.

Alderman Regina Gathright even snapped a photo of Carla Walker doing business inside City Hall last week. She took the photo inside the city clerk’s office, where only city officials are allowed.

“If you were told and you know you are not an alderman, why do you continue to do business as an alderman? said Gathright.

The Department of Revenue warned Walker with a letter in February 2022. The agency then followed up in March with a letter that said, in part, “Carla Walker has not resolved her delinquency.”

“If he’s late enough in the process, and in this case he was, the name is still on the ballot. We just don’t count those votes,” Fey said. “That’s probably a first. There was no one else who had signed up to run in that neighborhood. So it just shows that no votes were cast for that office.

Trend: Tired of waiting, a mysterious person fills a pothole on Saint-Louis Street

Walker continued to show up for work and run as an alderman after that, according to Chapman, Metts and Gathright. FOX 2 wanted to know what Pine Lawn executives would say. We found them apparently unconscious when we walked into City Hall on Friday asking for the names of Ward 1 aldermen. Officials said, “Carla Walker.”

After briefing city leaders on the law, Aldermen Gathright and Metts said Pine Lawn has now announced that Walker’s seat is vacant.

“They finally recognized it,” Gathright said. “I just thank you, and I think the only way it got on the agenda is because you got involved.”

FOX 2 could never get an answer from former Alderman Walker, not even with our personal visit to City Hall. It is unclear what taxes Walker refused to pay because the Department of Revenue does not specify his findings in his action letters.

Millions of Colorado taxpayers could get a $500 tax refund for single filers or $1,000 for joint filers