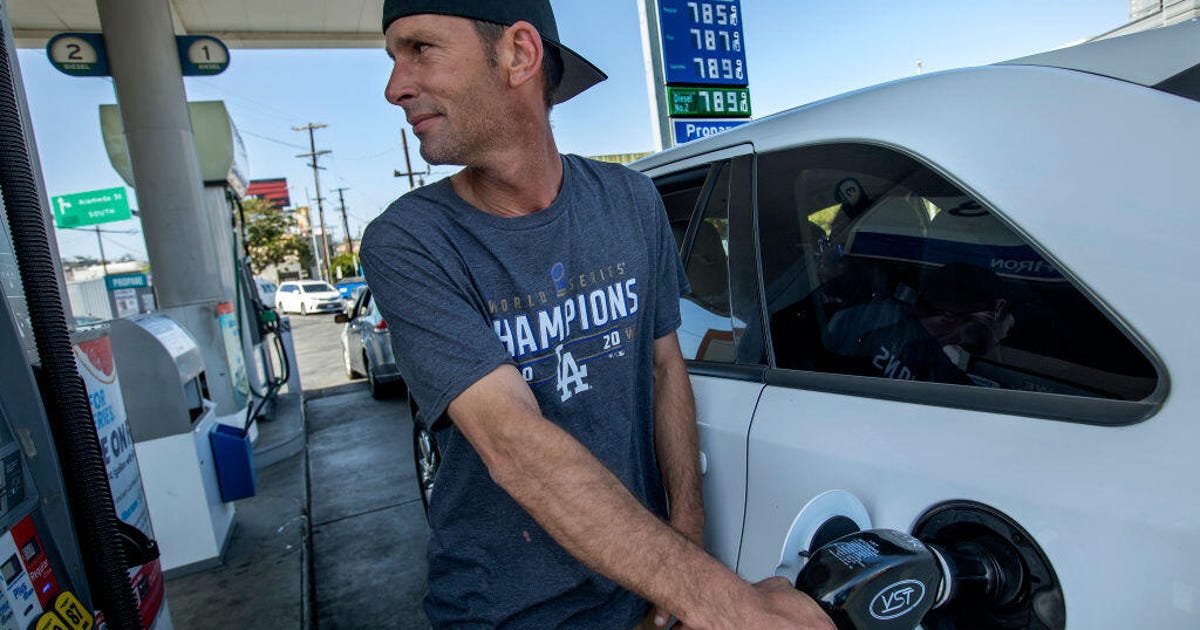 Pain at the pump: these states have just increased their gas tax

The high cost of gasoline has been a constant topic of conversation throughout 2022. Half a dozen states instituted gas tax exemptions to blunt the bite at the pump, and President Joe Biden approved a similar federal gas tax break.

But many states have actually increased their fuel sales tax, many due to previously scheduled rate adjustments or mandatory annual increases.

Kentucky was to raise its gasoline tax by 2 cents per gallon on July 1, but Governor Andy Beshear issued an executive order suspending the increase until January 2023.

The move will save Kentuckians about $35.4 million, Beshear said, with lost tax revenue offset by the Transportation Cabinet Road Fund.

Here’s where gasoline taxes have gone up in the United States. For more on the gasoline crisis, find out which states have suspended their gasoline taxes, which are issuing gasoline rebates to residents, and what steps drivers can take to improve their gas mileage.

Although Governor Gavin Newsom was able to repeal California’s diesel fuel tax as part of a compromise with state lawmakers, he could not prevent a 2.8-cent increase in the tax. on gasoline that went into effect July 1, raising the state’s gasoline excise tax to 53.9 cents per gallon, the highest in the nation.

It’s no surprise that Californians pay more for gasoline than any other state — about $6.24 a gallon as of July 5. That’s down from the $6.33 hit a month ago, but still well above the national average of $4.80.

Newsom had wanted to suspend the gas tax, but Democratic lawmakers insisted it was paying for critical road and infrastructure projects.

He then offered a $400 cash rebate for each household with a state-registered car, up to two cars per family. Instead, the diesel tax is suspended and residents will receive “inflation relief” checks up to $1,050 per family.

On July 1, Connecticut’s diesel tax increased nearly 23 percent, from 40.1 cents per gallon to 49.2 cents. The hike comes six months before the state is due to implement a new freeway use tax on large commercial trucks, the Connecticut Mirror reported, estimated at $90 million a year.

The cost of diesel in Connecticut has nearly doubled in the past year, from $3.28 in July 2021 to $6.22 in early June 2022. Republican lawmakers say the one-two punch will only exacerbate inflation. They called for a special session of the legislature to suspend the diesel tax entirely, including the increase.

In 2019, Illinois lawmakers and Governor JB Pritzker doubled the state’s gas tax to fund road improvements, raising it from 19 cents per gallon to 38 cents. Illinois now pays the third-highest gasoline taxes in the nation after Pennsylvanians, who pay 58 cents a gallon, and Californians, who pay 53.9 cents.

Since then, the excise has increased slightly to 39.2 cents per gallon – and was on track to recover to 41.1 cents on July 1. But Pritzker suspended the increase until the end of the year. (He even asked gas stations to advertise the break or pay a hefty fine.)

The state actually levies two separate taxes on gasoline: a 7% sales tax and a 32 cents per gallon tax to fund road projects.

Sales tax, calculated monthly, just went up to 29.1 cents per gallon, an increase of more than 5 cents from June and nearly triple what it was at the start of 2021, according to WFYI. The infrastructure excise increased by 1 cent per gallon, part of an automatic inflationary increase.

On July 5, unleaded gasoline averaged $4.87 a gallon in Indiana, slightly above the national average of $4.80.

Maryland suspended its 36-cent-per-gallon gasoline tax from March 18 to April 16, 2022. But after it resumed, it actually increased an additional 7 cents on July 1 to 43 cents per gallon — thanks to a automatic annual increase mandated by state law.

State Comptroller Peter Franchot has requested another three-month gas tax holiday, which would save a two-car household more than $150, according to Baltimore’s FOX 45 station.

A gallon of unleaded gasoline in Maryland averaged $4.73 on July 5.

The tax increase will ultimately net the state about $500 million for infrastructure projects, according to KSDK in St. Louis. But the increase is fully refundable for most motorists — if they keep their receipts and submit them to the Missouri Department of Revenue website. Drivers can begin submitting gas receipts from October 2021 through June.

On July 5, gasoline in Missouri averaged $4.52 a gallon, according to AAA.

In 2017, the South Carolina legislature overruled a veto by Republican Governor Henry McMasters to pass a state gasoline tax increase of 2 cents per gallon each year through 2022.

The final increase on July 1 raised the tax from 26 to 28 cents per gallon.

The state has raised nearly $900 million through March 2022 through the tax, according to the South Carolina Department of Transportation. The funds support road and bridge works.

Michael O’Conner, president of the Virginia Petroleum and Convenience Marketers Association, told WSET on June 30 that it might take some time to see the price difference at the pump.

“The gas that is in the stations today [Thursday] will be taxed at the old rate, and it will take some time for that product to flow through the system and sell at retail,” O’Conner said. “So you probably won’t see that change immediately.”

A bill sponsored by State Sen. Steve Newman to suspend the state’s gasoline tax for three months was killed in June.

On July 5, a gallon of unleaded in Virginia averaged $4.60, according to AAA, or 20 cents below the national average.