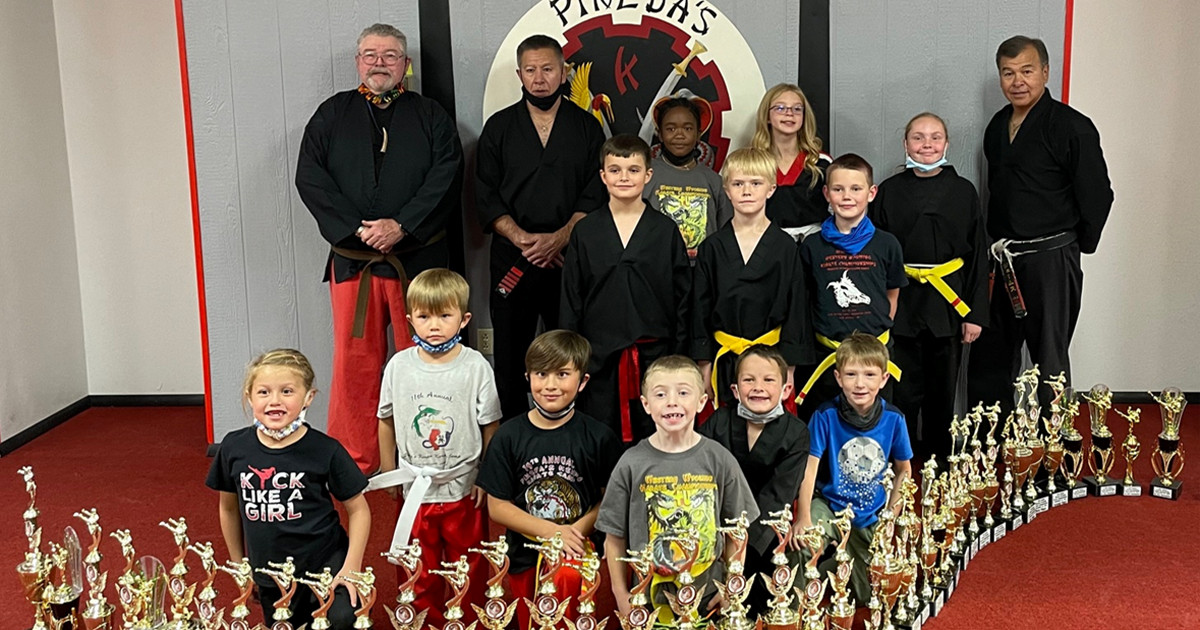 Pineda’s Kenpo team had a squad of 28 competitors, ranging in age from 5 to 73 years old. It was their first major competition for many of the team.

Several other people also enjoyed great success at the tournament. IJ Rogers participated for the first time in the weapons kata with a cane. The Pelham family (Cristy, Davey and Cris) competed in all categories and had a very successful day. Cole Gilmore and Drew Beardall of Green River won the big under-belt champions in their age group.

The Championships are a great success thanks to the members of the Pineda team, their families and friends who volunteer as coordinators, scorers and judges, who give generously of their time year after year.

Statesmen bounce back in the Missouri Valley | Sports