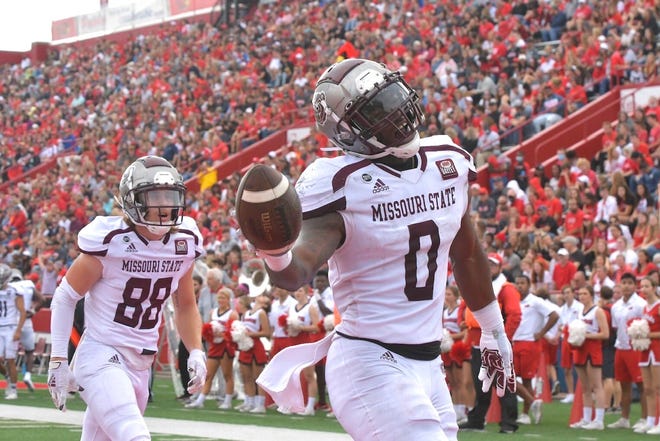 The bears move away to beat the state of Illinois

NORMAL, Ill. –Missouri are proud to be a team up to the occasion in the second half, and they did it again on Saturday afternoon.

The Bears were one point ahead at halftime, but they came away with two big third-quarter interceptions – including a pick-six – that led the Bears to retire for their third straight win.

Missouri State has beaten its opponents 37-0 in the second half over the past two weeks.

Here’s what happened on Saturday afternoon:

Offensive explosion in the first half

In a game that featured a solid pair of defenses, each team kicked once and scored three touchdowns.

Missouri State got a solid quarterback game from Jason Shelley as he extended games and found open receivers downstream. He completed 16 of 20 passes for 231 yards and one touchdown as wide receiver Jordan Murray caught five passes for 85 yards and one score.

But as much offense as the Bears have had, the Redbirds have had answers while also pulling deep into the Bears’ secondary.

First-year quarterback Jackson Waring made his second career start for the Redbirds and completed his first five passes for 143 yards and two touchdowns – which included passes of 30, 24, 59, 23 and 75.

His 23-yard pass gave the Redbirds a 13-7 lead late in the first quarter after the Bears blocked an extra point earlier. A nine-play, 77-yard practice for the Bears ended with a punch from running back Tobias Little on his first touchdown of the afternoon.

In Illinois State’s first game after the touchdown, Waring uncorked a deep ball to an open Jabari Khepera, who stepped on the Montrae Braswell corner and made his way into the end zone for a touchdown. 75 yards to regain the lead.

Missouri State continued their offensive success with Shelley extending plays and keeping the records alive on the third down. After a 14-yard completion at Murray to get to ISU 2, Little scored his second touchdown of the game to take a 21-20 lead – as he finished with eight carries for 46 yards in the half. time.

The Redbirds attempted another deep pass in their last halftime practice, but the Bears were finally ready for it. Titus Wall intercepted the pass at the Illinois State Three.

With 28 seconds left in the half, Missouri State got some big plays to get to Illinois State 22 to set up a buzzer placement. Jose Pizano missed his second field goal of the game as the extra point blocked remained the difference in a 21-20 game in favor of Missouri State.

With only two punts in the entire first half, the Bears and Redbirds, of course, traded punts to start the second half.

In ISU’s second half-time practice, Missouri state defensive tackle Eric Johnson sacked Waring for a 12-yard loss. The Bears contained and then partially blocked the punt to take over at Illinois State 40.

Behind Little, the Bears quickly roamed the field as he received the ball four times and covered 35 yards, including the five-yard touchdown run. Pizano missed the extra point to make it a seven-point game.

On the third and fifth in Illinois State’s next practice, Waring tried to keep the play alive and threw the ball down the sideline trying to make a play. Instead, Braswell, the Missouri State corner caught the ball, reversed the court and ran 46 yards for a touchdown to take a 34-20 lead.

The state of Illinois was forced to disembark, but it showed signs of life when a pass passed from Little’s hands and deep into the Redbirds in Bears territory.

On MSU 18’s third and -8, the Redbirds attempted a fade into the end zone, but freshman corner Lemondre Joe leverage and fell with the interception.

Illinois State qualified for Missouri State 32 and had the chance to make it a game early in the fourth quarter. On the fourth and 12th, Illinois State head coach Brock Spack apparently returned to the white flag and went for a punt.

On the third and 4 of their own 31, Shelley found Kevon Latulas wide open along the sideline on a wheel road – and he ran for 69 yards for a touchdown and a 41-20 advantage with 5: 06 remaining.

Missouri State put in their reserves to close the game and finished with the advantage of three touchdowns.

What this victory means

The state of Missouri continues to win the games it is supposed to win as it enters the next two weeks against teams considered to be the worst on its schedule.

Illinois State is a program the Bears have been successful against in recent seasons – even dating back to Dave Steckel’s seasons. In the most recent meeting before Saturday, the Redbirds took a position on the goal line to keep the Bears out of the end zone for the victory. The year before, the Bears had beaten the then No. 9 Redbirds with a last second basket.

With playoff aspirations, the Bears had to beat Illinois State – another team from the same conference capable of putting together a playoff resume.

The Bears will now play back-to-back games against Youngstown State and Indiana State – two bottom teams in the conference – before playing the four teams considered better than the Bears right now.

Winning the games you’re supposed to win and coming away with a signature dub was going to be the easiest path for the Bears to advance to the playoffs this season. So far, so good.

Missouri state will stay on the road with a trip to Youngstown state next week. The Penguins were 1-2 overall with a 0-1 conference record in a 4 p.m. game Saturday against 16th Northern Iowa.

Youngstown State is considered the lower tier of the Missouri Valley Football Conference. The Penguins lost last week to Western Illinois – another team with no expectations this season.

The Bears hosted YSU in the spring and defeated the Penguins 21-10 as MSU claimed a share of the MVFC title.

Wyatt D. Wheeler is a reporter and columnist for the Springfield News-Leader. You can contact him at 417-371-6987, by email at [email protected] or Twitter on @WyattWheeler_NL. He is also the co-host of Sports Talk on Jock Radio weekdays from 4 p.m. to 6 p.m.