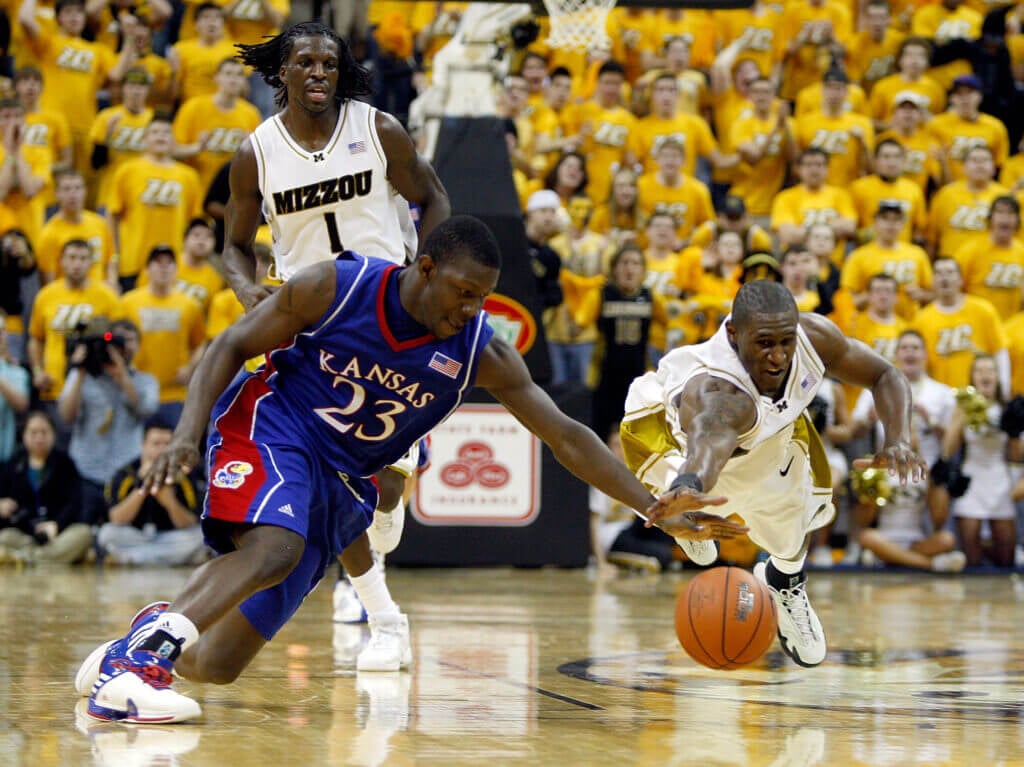 The Kansas-Missouri rivalry is finally back, but can the Injured Tigers make the Border Wars interesting? – Athleticism

Bill Self brought Sherron Collins to the Kansas locker room on Tuesday to give his players a feel for the Missouri rivalry. Collins told his pizza story. In 2009, the Antlers – Mizzou’s student section – had a bunch of pizzas delivered to his hotel room. Not like a nice gesture. No. These pizzas were topped with the nastiest combinations you could think of – imagine anchovies, pineapples and mushrooms. Collins knew the hotel staff had to be there, so he grabbed the pizzas, walked over to the edge of the sixth-floor balcony, and tossed them right in the middle of the lobby.

The border war will cause perfectly sane people to do, say and feel despicable things.

Self is spending this week trying to get his players across this, and he’s got plenty of ammo. He’s a man who once wanted to be the coach of Missouri and was basically left at the altar. The story goes that Missouri took him and Quin Snyder to a hotel for the last interviews in 1999 and chose Snyder. Self has gone really well and will say he has no hard feelings, but a competitor like him never forgets. And, coincidence or not, it then resulted in the two places that hate Missouri more than any other: Illinois and Kansas. His feelings towards the Tigers are about as similar to those Norm Stewart felt towards Kansas as any KU coach. When Self won the last Border War before Mizzou left for the SEC in 2012, he celebrated on the sidelines like never before or since, the force of his fist pump making the flap of his jacket look like a cape.

On Saturday, as the rivalry renews itself, venom will spring from former Kansas fans. The student section will embrace the hate, and across the border, Mizzou fans will watch with one eye open hoping something magical can happen.

â€œThere is a story that it doesn’t matter which team is the best the game is close,â€ said Mizzou legend Jon Sundvold.