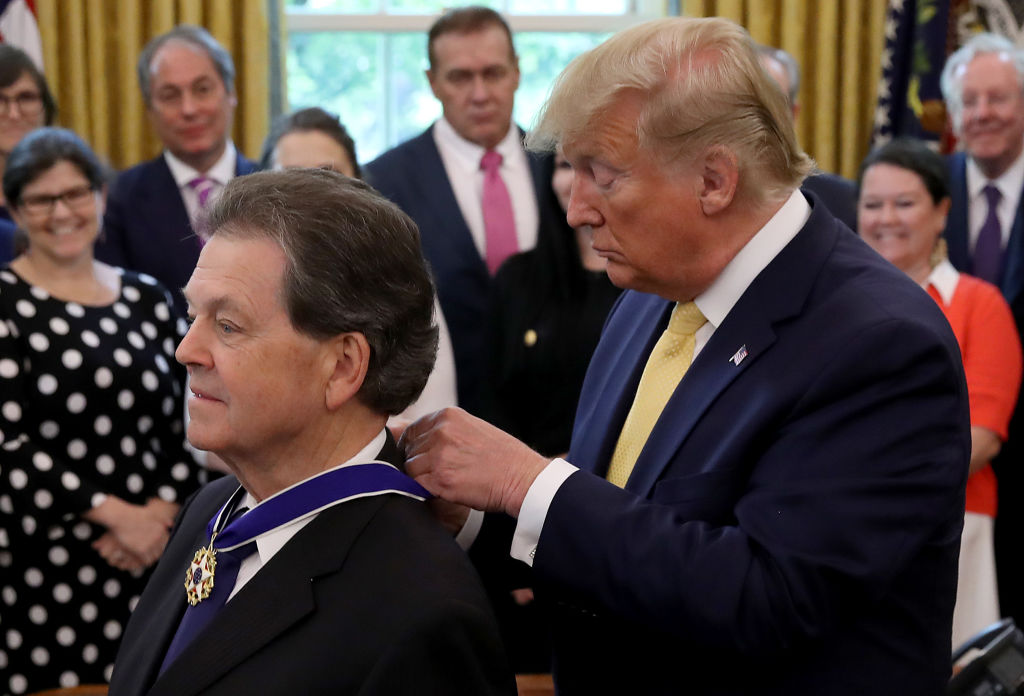 For the better part of a decade, the Kansas government was consumed by tax policy. Residents first underwent the “experiment” of former Governor Sam Brownback, which resulted in gaping deficits, budget cuts and credit downgrades. The teachers fled. The prisoners revolted. State agencies collapsed. Painstaking years of reconstruction followed, under the leadership of Governor Laura Kelly and a more responsible legislature.

Taxes and income are no joke to us.

But one of the architects of this failed policy has the nerve to laugh at us.

“When your biggest criticism of me is Kansas, I mean come on,” economist Art Laffer told the Washington Post this month. “What is Kansas? There was no cataclysm. It was boring old Kansas before and after.

Laffer, if you didn’t know, helped popularize the whole idea of ​​supply-side economics. Basically, it’s the discredited concept that cutting tax rates on the wealthy and wealthy corporations will stimulate the economy and actually increase government revenue. By extension, this growing economy will help the middle class and the poor.

Laffer won $75,000 for consulting on the Kansas tax plan. Rather than apologizing, rather than asking for forgiveness, he decided to laugh at us. (Hats off to my friend Joel Mathiscolumnist for the Kansas McClatchy newspapers, who spotted this diss first.)

The Kansans weighed in. The midterm elections showed that the state does not want unified government of the GOP. The latest combination of right-wing governor and legislature has created catastrophic revenue cuts. Brownback did not end up with economic growth or a successful presidential campaign. Instead, he won the second lowest approval ratings from any governor in the United States.

Or as Michael Mazerov of the Center on Budget and Policy Priorities wrote in the definitive account of the disaster: “The dismal results of the Kansas experiment from 2012 to 2017 are consistent with the majority of academic studies on the relationship between personal income tax levels and state economic performance – and with the experience of most states that have pursued similar policies.”

Determined tax slashers – inside and outside Kansas – may want to consider this dossier before spreading their ungodly gospel further.

In love with the offer

Religion still has its followers, of course.

Why wouldn’t they? According to the theory, the wealthiest in society pay less tax while anti-government Republicans rack up examples of dysfunction. The rich appease their bad conscience by telling themselves that they can do more good by earning more money. Politicians can point to underfunded and underperforming services as a reason to privatize their. Both groups benefit while the rest of society suffers.

Tax revenues support vital infrastructure, social services and public safety. Without contributions from everyone, including the wealthy, the system comes to a standstill. While supply-side plans are supposed to increase tax revenue, they rarely deliver the promised boost.

Nobody likes paying taxes. But we rely on roads without potholes. We depend on quality schools. We need a government that works.

Destructive dogma persists for another reason. Like the best lies, it has a small basis of truth. I wouldn’t be intellectually honest if I didn’t explain why.

Think of it this way. If the government taxes a wealthy person’s income at a rate of 99%, you can expect them to work less or move their assets to another country. Lowering that sky-high rate to, say, 60% would likely encourage the wealthy and corporations to make more money and contribute to the wider economy. The Beatles, of all people, explained it in their 1966 song “Taxman”. (“There’s one for you, 19 for me,” sings the song’s villainous narrator.)

The long-term problem with this example is that if you’re dealing with a few percentage points of tax rates in teens or 20s, few people or companies are likely to change their behavior dramatically. States generally tax at a lower rate than the federal government. In Kansas, for example, Brownback was reducing from a maximum tax rate of 6.45%. For the wealthy, it’s essentially a rounding error. At the same time, the government will see an immediate and drastic reduction in its revenue.

It affects me professionally. Between my time at the Topeka Capital-Journal and the Kansas Reflector, I spent four years at Kansas Action for Children as director of communications. This advocacy group doesn’t just defend the smaller Kansans; this too promotes a balanced tax policy. Brownback’s – and Laffer’s – policies have not only weakened our state.

They almost destroyed it.

What surprises me after all this time is not just that Laffer made fun of Kansas. This might be expected of someone dedicated to selling a single defective product.

What shocks and stuns me is that Kansas leaders are still listening to this man.

Take a look at US Senator Roger Marshallwho hosted Laffer on his “Ag Talk” video series last month. Both compared the economy under President Reagan and President Biden (not favorably), condemned inflation, and highlighted the benefits of free trade for farmers. The economist also suggested that voters take a different approach mid-term.

“People deserve the governments they get, senator” Laffer told Marshall. “You know, the Earth these people are burning is also their Earth. And, you know, we’ll see if the electorate has some wisdom in November, change it. Maybe they will, maybe they won’t. I do not know. I am not an expert on this. But it reminds me a lot of Jimmy Carter in 1978. And then, you know, Ronnie came on the scene and we really restored America’s Prosperity.

Kansas voters heeded the story. But neither Laffer nor Marshall addressed the Kansas “experience” for the entire 19-minute, 41-second segment. Somehow it slipped their minds.

Marshall put it on thick while closing his show.

“Thank you for sharing your wisdom with us today,” the senator said. “I’ve learned something every time you come to Capitol Hill and we can sit with you.”

My suggestion? Marshall should think twice before taking lessons from Laffer. He should know, and voters in this state already know, what happens when you cut taxes with no plan to make up for lost revenue. Reducing tax rates does not generate a magical reaction. It makes the rich richer and the poor poorer while blocking social services. Decades of failed and slowing economic growth prove that this is a dead end.

With Kansas marking 27 months of excess tax recovery, lawmakers will be strongly tempted in the next session. They will want to believe the false religion preached by Laffer and his acolytes. They will want the Kansans to forget what happened during those dismal years when Brownback’s dream turned into a nightmare.

Marc Schneider explains why there are no middle managers at Zebit