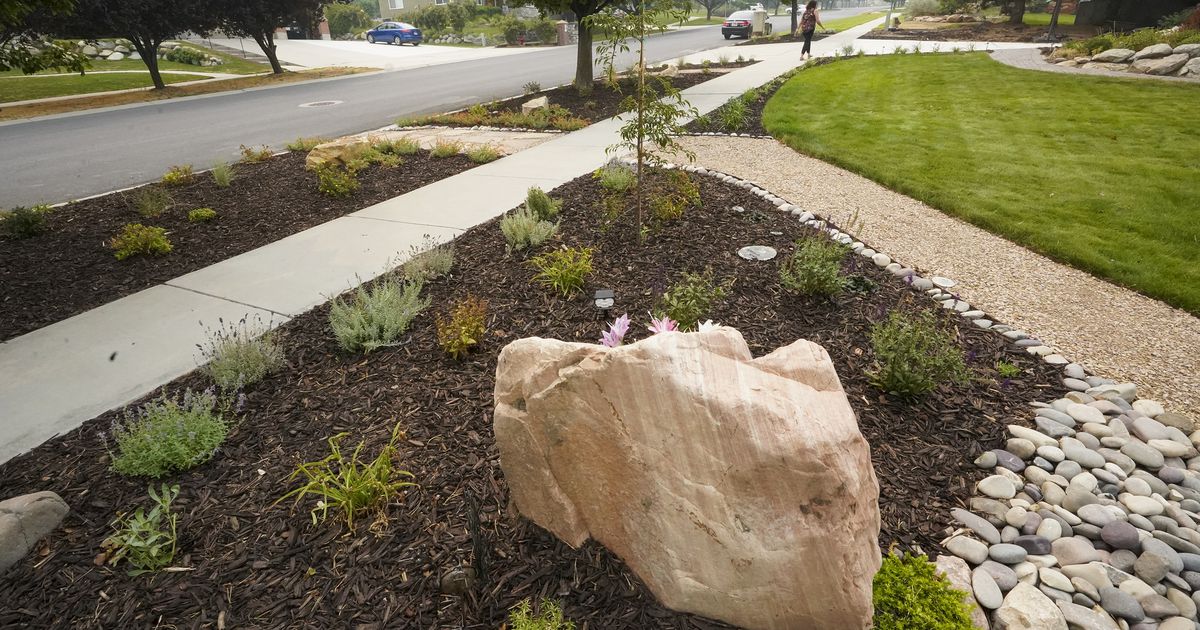 (Leah Hogsten | The Salt Lake Tribune) A water parking strip in Draper, which was funded using a state-run rebate and incentive program, is shown August 6, 2021.

By Scott Schannon | The public gallery

Shame on all elected officials in the state of Utah. Shame on you all.

I get it, people moving into our state means more income and taxes. More homes, more businesses and less water for everyone. Our government officials tell us that the Colorado River is in danger. Lake Powell is at its lowest. There’s talk of renaming the Great Salt Lake a tiny mud puddle (okay, maybe not that extreme). But all we do is talk and talk and…

All these new homes and businesses that we’re building and we’re putting lawns around every square inch. Lawns requiring a lot of water. Lawns that need to be mowed (let’s also increase air pollution). Lawns that require chemicals to keep grass green and feed weeds, every spring, summer and fall (let’s keep destroying our soil). This is madness at the highest level. We can’t go on living like this!

When will the powers that be start issuing real tax credits, incentives and penalties? If people have lawns, a real tax credit to pull them up and xeriscape. You want to keep your lawn, and I can’t imagine why, higher water usage cost or tax penalty. Same thing for businesses. Why are there lawns around these buildings? Grass is absolutely useless. Add incentives for all new construction of homes and businesses.

Send a letter to the editor

Which states have the highest and lowest gas tax rates?