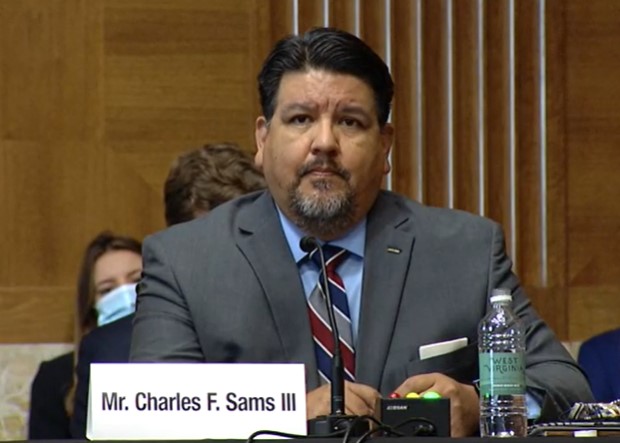 The Senate Committee on Energy and Natural Resources of the United States on Tuesday approved, in a voice vote, the appointment of Charles F. Sams III as head of the National Park Service.

Sams, an Oregonian who is said to be the first registered tribal member to be director of the NPS, garnered the support of several Republicans on the committee.

Republican John Barrasso of Wyoming and Steve Daines of Montana both spoke in favor of Sams, whom President Joe Biden nominated for the role in August.

â€œHe’s going to make us proud of what he does at the Park Service,â€ said Wyden.

Sams must now be confirmed by the entire Senate before taking office. A vote is not scheduled.

A member of the Confederate Tribes of the Umatilla Indian Reservation, Sams has held several positions in reserve leadership and other nonprofit organizations. During his confirmation hearing, he said he would work to rebuild the Parks Service workforce and improve morale.

If accepted by the entire Senate, he would be the first confirmed leader of the National Park Service since January 2017.