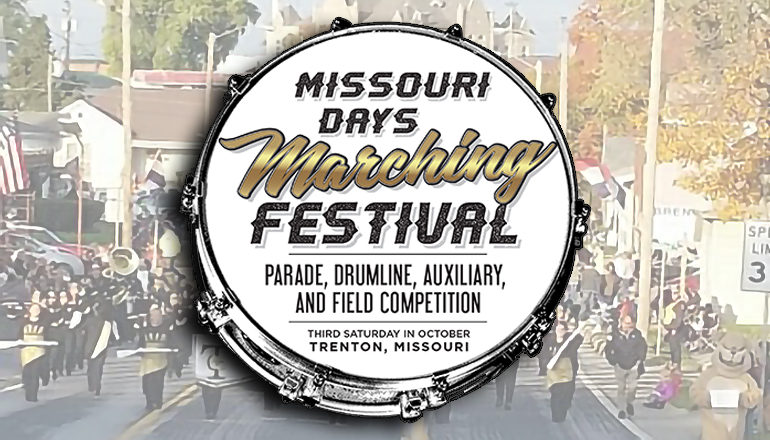 The Kirksville High School group was the big champion on Saturday at the Missouri Day Marching Festival in Trenton. Kirksville won the Hannaford Sweepstakes award.

Kirksville was the best-in-class group in every event they attended, including the Field Show, Parade, Indoor Auxiliary, and Indoor Drum Line. Kirksville also won all of the Legendary Awards in its category in the Field Show for Musical Performance, Walking and Maneuvering, General Effects, and Field Auxiliaries. Kirksville was enrolled in class four.

In addition to Kirksville, the parade’s first place winners were Green City in first class, Scotland County in second class and Macon in third class. North Andrew, Mid-Buchanan, Maryville and Kirksville took first place in their class in the Indoor Auxiliary competition.

The top of their class in indoor drumline were Moravia, Iowa, Mid-Buchanan, Macon and Kirksville.

Trenton, as the host group, participated in the Missouri Day Marching Festival as an exhibit.