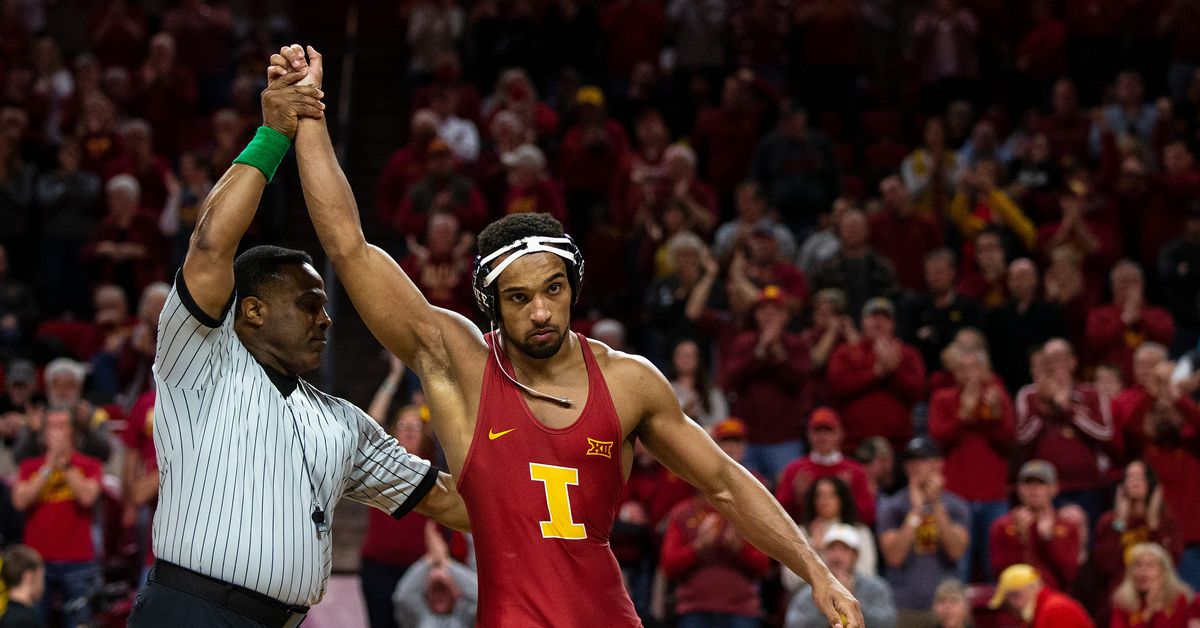 WHAT: Iowa State Wrestling vs. University of Wyoming

HOW TO WATCH: FloWrestling

The Iowa State wrestlers are setting up their game to head west, kicking off the Big 12 double season against a salty Wyoming roster. The Cowboys return 7 national qualifiers. Last year’s team placed 4th in the Big 12 tournament, just behind the Cyclones. Iowa State is in 8th place (!) in the InterMat double rankings. The Cowboys are No. 20 in InterMat’s dual rankings. They won this duel the last two times it took place (2016 and 2017). However, they will likely be without 2 ranked wrestlers as Cole Moody and Brian Andrews are not in Wyoming’s probables. Wyoming bills this as the “Dual in the Dome”, making it the first home meeting of their season. The atmosphere will be electric in Laradise.

I don’t know if it’s a trap meeting or just a great game. Strong teams went to Laramie and underperformed. In addition to the altitude (7,220′), this will be one of the most hostile environments the Cyclones will face this season. I think Iowa State avoids the upset, but Wyoming certainly has a path to victory. It will get hairy if they don’t mind swing games or if Wyoming ends up with their full roster. There will be great matches throughout. You won’t want to miss this one.